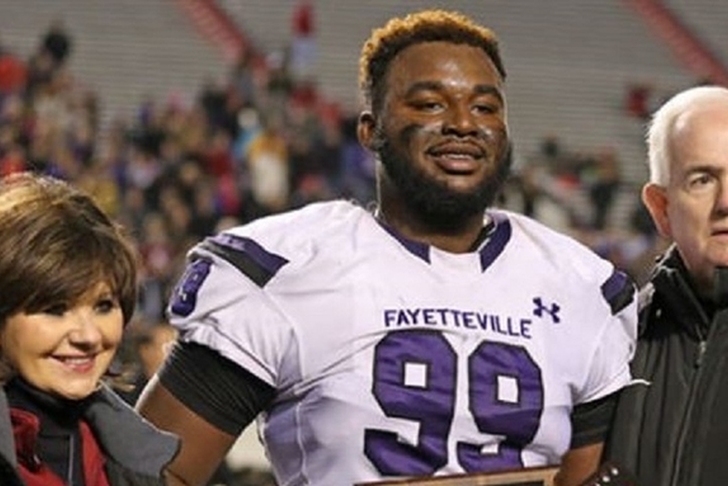 National Signing Day is just two days away, and as such, Nick Saban & Co. are putting the finishing touches on what is shaping up to be another top recruiting class. That means there's plenty to get to around Alabama football recruiting. Here are all the latest Alabama recruiting news and rumors you need to know.

4-star DL commit going to JUCO
Four-star defensive tackle Akial Byers (Fayetteville, AR) has been committed to Alabama since last summer, but he will not be signing with the Tide on Wednesday. Instead, Byers will be going to Mississippi Gulf Coast Community College, according to his high school.

Byers was not able to academically qualify at Alabama. There is a possibility that he will enroll at Alabama in January if he gets his grades up in the fall semester.

“We were surprised like everyone else, but we were really excited about the opportunity for Coach Napier and his family,” Baggett said. “We wish him all the best.

“I think the original commitment was just based on what he needed as a person. He’s big on family. He thought Alabama would be a great place to develop a family, not just teammates. He’s always been big on honesty, not knocking any other programs at all. They allowed Kedrick to make the decision. He was able to see the program for what it was.”

James is ranked as the No. 12 tight end and No. 359 overall prospect in the country by 247sports' Composite Rankings.

Pair of targets set decision times
While the Tide have already secured most of their class, there are still a few top targets they are waiting on announcements from. Two of them have locked in times for those announcements on Wednesday. Four-star wide receiver Devonta Smith (Amite, LA) will announce his decision at 2:00 pm ET, according to head coach Zephaniah Powell. Smith is deciding between Alabama, LSU, Florida State and Miami.

Four-star defensive tackle Phidarian Mathis (Monroe, LA) also announced on Twitter that he will be making his decision at 4:30 pm CT.

Tomorrow I will commit!!! @ tyrell cameron grave everyone is invited...
Around 4:30a href="https://twitter.com/hashtag/TC48?src=hash">#TC48

Mathis is deciding between Alabama, LSU and TCU.