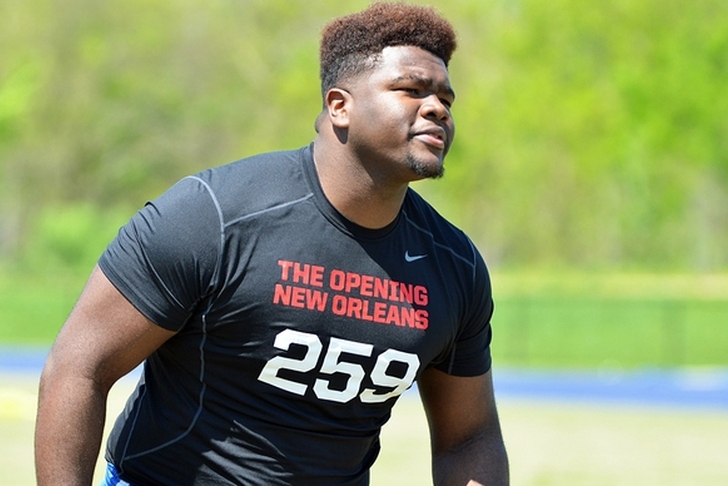 The Alabama Crimson Tide are in the middle of spring practice as they prepare for their upcoming spring game, but that doesn't mean head coach Nick Saban has taken a step back on the recruiting trail. Here are all the latest news and rumors surrounding Alabama football's recruiting:

Alabama at the top for No. 1 DT
Five-star defensive tackle Marvin Wilson (Bellaire, TX) recently revealed that Alabama made the cut for his top three schools, along with LSU and Florida State. He told 247sports that his recent visit to Tuscaloosa really solidified his thoughts about the Tide.

What will be the determining factor for his decision?

Tide lead for top OL in 2019 class
Warren McClendon (Brunswick, GA) is one of the top offensive lineman prospects in the 2019 class, and Alabama was the first school to offer him a scholarship - which is why they still lead for him.

"(Offensive line coach Mario Cristobal said) Not as a lot of freshmen can do what I can do" McClendon said, via 247sports. "I think they are as good as it gets. I still can't believe he offered me."

The 6'4", 270-pounder has also received offers from South Carolina and Georgia.