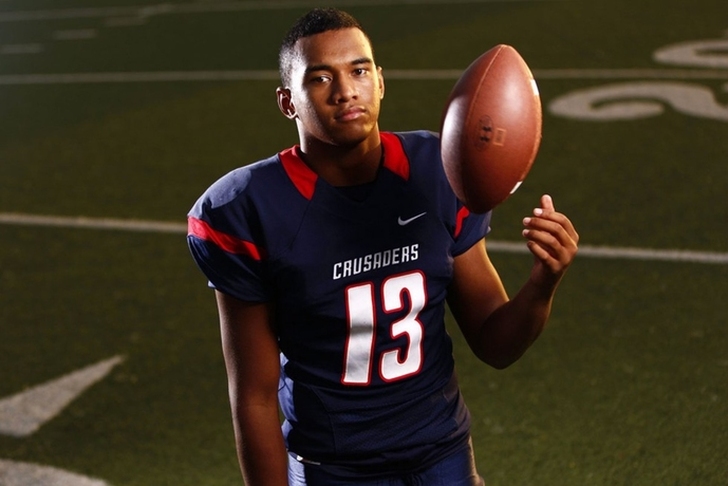 The Alabama Crimson Tide are already putting together another top recruiting class in 2017, and their poised to land arguably their most important recruit yet.

Tua Tagovailoa (Honolulu, HI), the No. 2 dual-threat quarterback in the country, will announce his college decision on May 2. He is deciding between Alabama, Ole Miss, Texas A&M, UCLA, USC and Hawaii, but 247sports' Tim Watts is reporting that Tagovailoa is expected to commit to the Tide.

Sources tell BamaOnLine that Alabama is in good shape to land Tagovailoa’s verbal commitment next Monday (May 2) when he announces his intentions. One source close to the highly recruited signal caller went on to say it would be a surprise if it were not the Crimson Tide.

Tagovailoa has drawn comparisons to former Heisman trophy winner Marcus Mariota for his athletic ability and pinpoint accuracy, along with playing for the same high school in Honolulu (St. Louis).

USC had been considered the favorite to land the 6'1", 200-pounder, yet Alabama pulled ahead during a recent "multi-day SEC visit" - though he spent most of that trip in Tuscaloosa.

The four-star QB is ranked as the No. 1 player in the state of Hawaii and the No. 59 overall prospect in the country.