Alabama Recruiting: 3 Rumors You Need To Know With 1 Week Until Signing Day 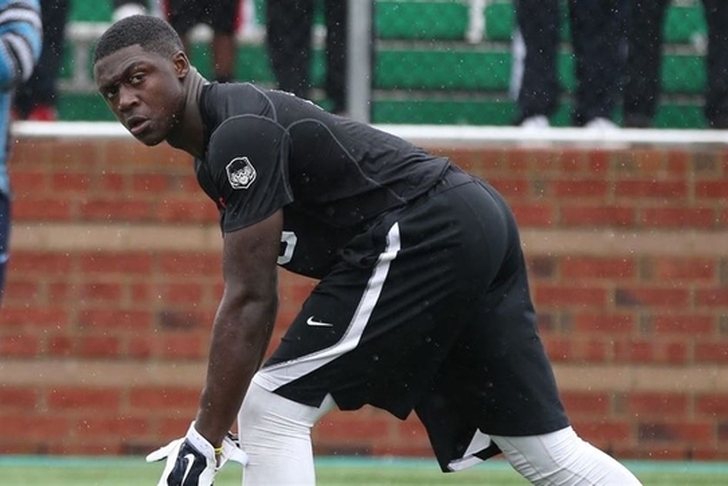 The Alabama Crimson Tide already boast one of the top recruiting classes in the country, but they're far from done, making a strong push during the last few weeks of recruiting as we heads towards National Signing Day on Wednesday, Feb. 3. Here's all the latest news and rumors you need to know:

Brown took an official visit to Tuscaloosa immediately following the dead period and there has been a lot of mutual interest between the two sides. However, many think Alabama is still trying to catch Mississippi State for his services.

Bama now leads for five-star LB Ben Davis
Davis (Gordo, AL) has been to Alabama many, many times as his father is the school's all-time leading tackler, but he said he was blown away during his official visit there this past weekend.

“It was great,” Davis said. “I’ve seen a lot of the athletic side of it, but this time it was a lot of the academic side. A lot of questions asked. I’m kind of leaning towards sport management or maybe accounting, I’m not sure. My favorite part would be when we went to Coach Saban’s house this morning and we were on the go-carts and everything.”

Davis also talked about his relationship and new defensive coordinator Jeremy Pruitt, which he said is really, really strong. He has had Georgia as his leader since December, but after the visit, Davis conceded that Alabama had moved back into the front spot for him. Davis will take an official visit to Auburn next weekend before announcing his decision on National Signing Day.

Davis is ranked as the top linebacker and No. 10 overall recruit in the country.

Alabama expected to land several top uncommitted recruits on Signing Day
The Tide already have one of the best recruiting classes in the country, but they're set to make the biggest splash on National Signing Day. Along with Davis, Alabama is favored to sign fellow five-star LB Lyndell Wison, as the two are thought to be a package deal. Four-star DE Terrell Hall and four-star CB Nigel Knott are also expected to sign with Alabama, which will give them another four top 75 prospects in their recruiting class.

That's a great haul on its own, but the addition of Brown, or anyone else, would be icing on the cake.