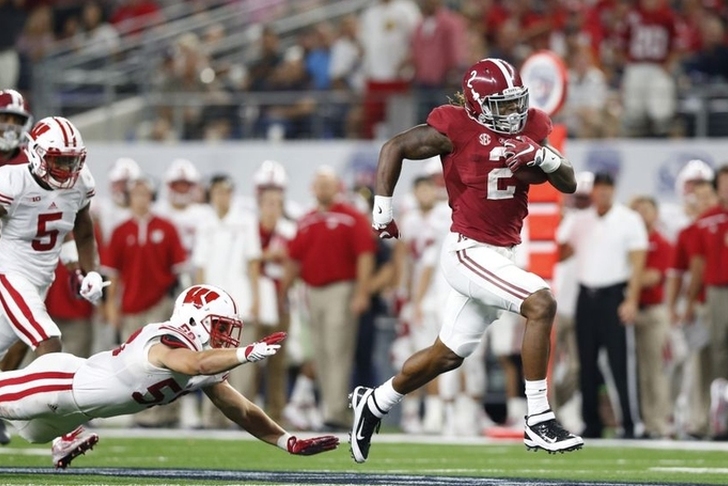 Alabama Crimson Tide running back Derrick Henry has plowed through opponent after opponent during this college football season, running all the way into the record books as the 2015 Heisman Trophy winner. Henry was presented the award on Saturday night in New York, joined in the building by fellow Heisman finalists Christian McCaffrey (Stanford) and Deshaun Watson (Clemson).

Henry received 378 first-place votes. McCaffrey followed in second with 290, with Watson rounding out the top three with 148.

In his past six games against FBS opponents, Henry has rushed for an eye-popping 208.8 yards per game. He carried the ball 90 times in the team's last two wins over Auburn and Florida, amassing 460 yards in workhorse fashion. Without Henry, Alabama likely would find itself in the middle of the SEC's bowl pack. With him, they're arguably the most dangerous team in college football's final four.

His most clutch performance of the season, and the one that jumpstarted his Heisman candidacy in a big way, was his 210-yard outing in a highly-anticipated battle of elite running backs against LSU's Leonard Fournette. Fournette managed just 31 yards in the Tigers' loss, falling off his assumed Heisman perch while making room for Henry.

Henry is the second Heisman winner in Alabama history, joining RB Mark Ingram who won the award back in 2009. Ingram was also the last non-quarterback to take home the hardware before Henry.