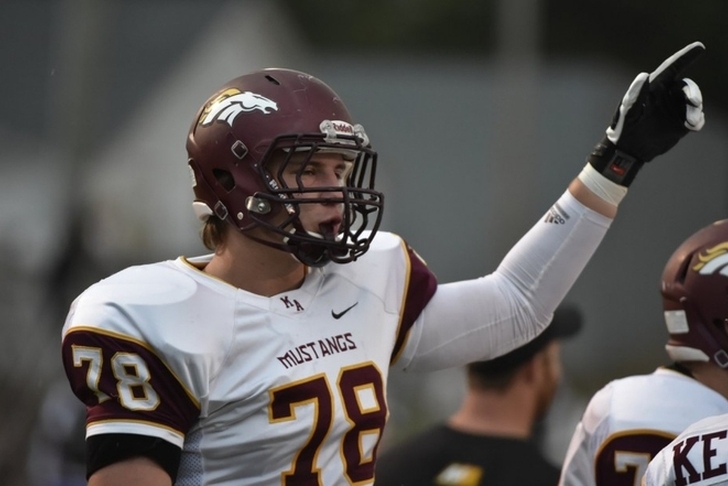 Four-star offensive tackle Austin Troxell (Madison, AL) plans to play his college football in-state as both the Alabama Crimson Tide and Auburn are pursing him heavily. Troxell explained why they're his two favorites at the moment:

Though both schools have remained in close competition to land him, 247sports' Tim Watts reports that Alabama has moved out front and become the favorite to land him.