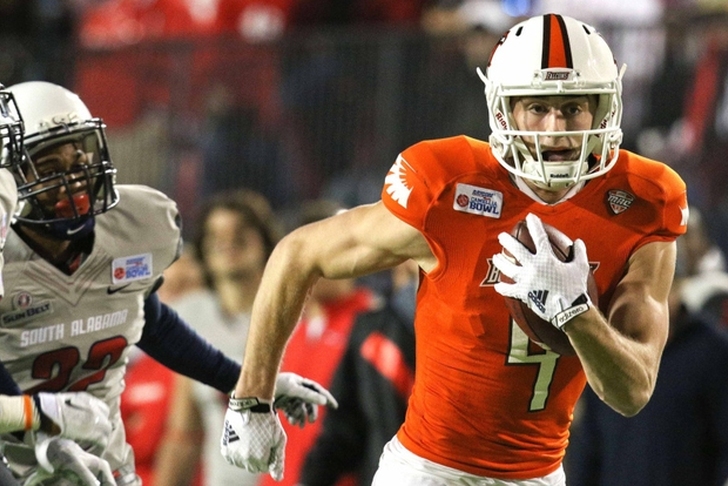 The Alabama Crimson Tide picked up a graduate transfer from Bowling Green State University Saturday. WR Gehrig Dieter announced on Twitter that he'll be taking his talents from the MAC to the SEC.

It's a major jump for Dieter, who posted massive numbers in Bowling Green's Baylor-like offensive system. Dieter caught 94 passes for 1,033 yards and 10 TDs last season. One of his best games of the season came against Tennessee, when he caught seven passes for 133 yards.

Dieter should be eligible to play right away. This is not his first transfer, as he started his career at SMU before leaving after one season. He showed a knack last season for making incredible catches, like the one below.

The WR checks in at 6-foot-3, 207-pounds. That's a similar size to Richard Mullaney, who Alabama landed from Oregon State before last season. Mullaney had 38 catches and five TDs last season for Bama.