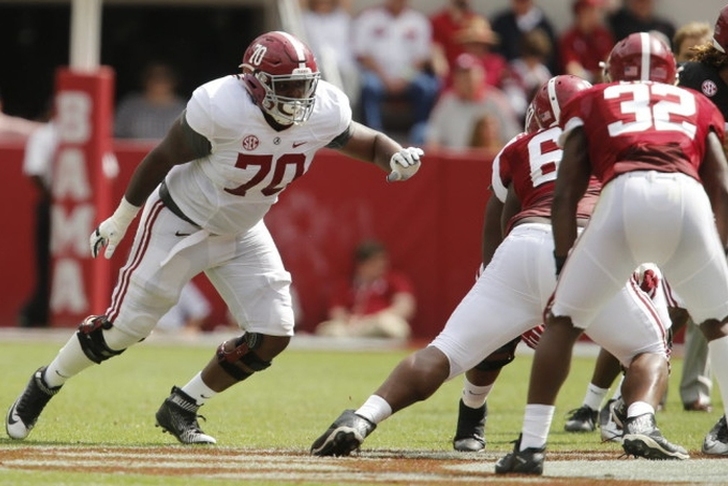 The Alabama Crimson Tide have already dismissed a highly touted member for the 2016 recruiting. Five-star OT Charles Baldwin has been kicked off the team, the school announced.

Baldwin was dismissed for violating team rules, although what Baldwin did has not yet been revealed. In March, head coach Nick Saban said that Baldwin needed to buy-in.

A JUCO recruit, Baldwin was the No. 2 JUCO recruit in the country. He came to Alabama from ASA College. The Crimson Tide beat out Oklahoma, Georgia, Michigan State and Mississippi for him.

An early enrollee, Baldwin had practiced with the team for spring ball. He was competing for the starting right tackle position, but true freshman Jonah Williams was ahead of him on the depth chart in the Spring Game.