Alabama Football: What To Watch For In Saturday’s Spring Game 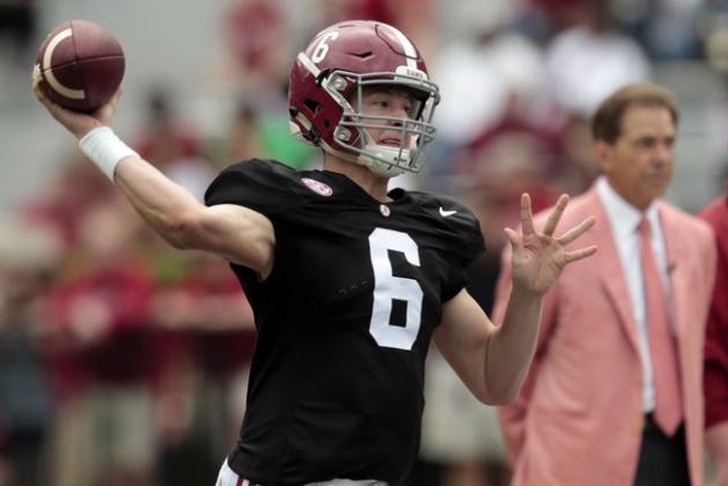 The Alabama Crimson Tide are fresh off their fourth national championship in the past seven years, cementing themselves as one of the greatest dynasties in college football history. However, the focus in Tuscaloosa has already shifted towards next season as they try to add another trophy to their case.

Spring practice has been extremely vital to Alabama's development and ultimate success next year as they try to replace several key starters on both sides of the ball, and that development (or lack thereof) will make itself evident in the Spring Game. Here are three things to watch:

3) Which freshman players will step up?

Alabama has another top recruiting class coming in, and they're relying on several of them to have impacts right away. Jonah Williams, Charles Baldwin and Chris Owens are competing for spots along the offensive line, and quarterback Jalen Hurts is in the mix for the battle at the position (which we'll touch more on in a second). Watching how those players perform will tell you a lot about their readiness to be immediate contributors.

2) Can Bo Scarbrough take hold of the running back position? 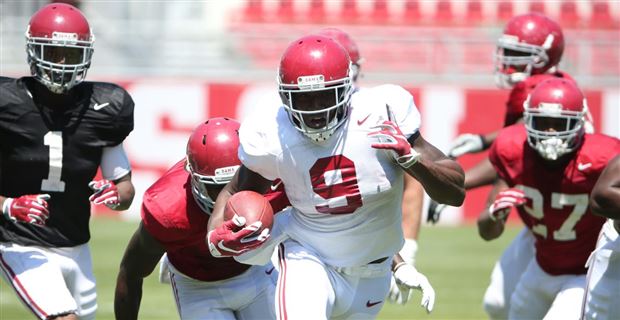 The Tide have the unenviable task of trying to replace the dominant running back duoe of Heisman winner Derrick Henry and speedster Kenyan Drake, and they're counting on Scarbrough to be their new lead back. He missed most of his freshman season with a knee injury, just his combination of speed and power at 6'2" and 240 lbs. give him all the makings of a future star. However, he's competing with sophomore Damien Harris and freshman B.J. Emmons.

For the third year in a row, Alabama needs to figure out who their starting quarterback will be. Blake Barnett might have the most talent of any of the players fighting for the job as a former five-star recruit who was the nation's top rated pocket passer two years ago. He has shown flashes of brilliance in practice as a redshit last season, but is competing with the more experienced Cooper Bateman. Right now, Barnett appears to be out in front, but we'll see if that's the case on Saturday.