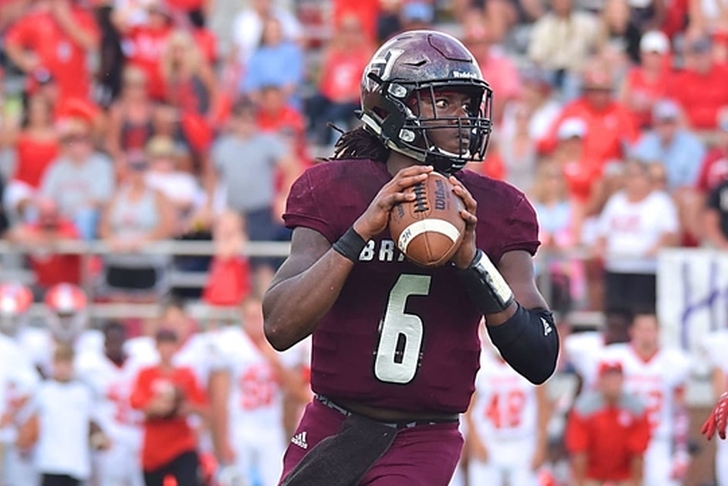 The Alabama Crimson Tide have a long layoff as they prepare for the Sugar Bowl, and some that time is devoted to recruiting, which is important as several recruits that plan to enroll early are making their decisions in the coming days and weeks. That means there's plenty to get to around Alabama football recruiting. Here are all the latest Alabama recruiting news and rumors you need to know.

Alabama to flip Ohio State commit?
Four-star quarterback Emory Jones (Franklin, GA) has been committed to Ohio State since July 2016 but has made several visits to Alabama and there's a good chance the Tide could end up flipping him, according to SB Nation.

Visits from Saban, Ansley, and Daboll have increased speculation that this dual-threat could flip from Ohio State. It is possible that he will announce within a week or so. Urban Meyer is desperately trying to keep that commitment solid until February. Auburn keeps pressing too but this is looking like a two-way fight.

The 6-foot-3, 195-pounder is ranked as the No. 4 dual-threat quarterback and No. 40 overall prospect in the country in 247sports' Composite Rankings.

Lupoi is already in Tuscaloosa and familiar with the Tide’s defensive scheme. He has quickly climbed the coaching ranks while at Alabama, starting out as an intern before earning the co-defensive coordinator title in 2016. A highly-coveted assistant coach, Lupoi has fielded offers to go elsewhere, but he received a raise to $950,000 this offseason and will be at the top of the list for this position.

Pruitt will continue to work as Alabama's defensive coordinator throughout the College Football Playoff.