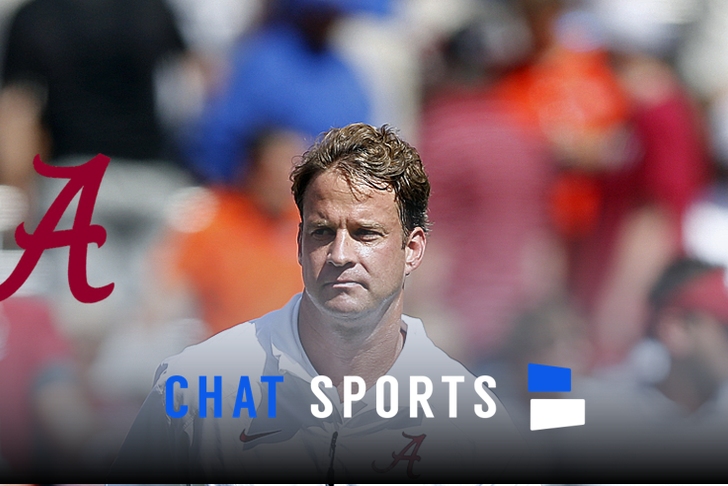 A rumor is coming out of Tuscaloosa that Alabama offensive coordinator Lane Kiffin will be fired today or is resigning, although nothing has been confirmed:

Oh my. Interesting rumors out there w Alabama football.

No confirmation on the rumors coming out of Tuscaloosa at this hour. Stay tuned.

What's up Tuscaloosa? Fun day of rumors down there, huh?

No one is quite sure what exactly happened, but the rumor mill is suggesting that Kiffin got into a physical altercation with Nick Saban or slept with a booster's wife - or that he slept with Saban's daughter...it should be noted, Saban's daughter Kristen just got married less than 4 months ago, so this seems highy unlikely:

So, Kiffin apparently slept with a boosters wife... Lord have mercy.

The Kiffin rumor went from "an Alabama booster's wife" to "Saban's daughter" in three tweets. Social media is worse than a game of telephone

If these rumors of Lane Kiffin resigning this morning are true due to sexual interactions w/ Saban's daughter the Interents will break.

Now read: 6 College Football Teams That Have Been Absolute Disasters This Season

Stay tuned to Chat Sports for more as this story develops.