Alabama Football Recruiting: Top 2020 QB "Would Like To Go" To Alabama 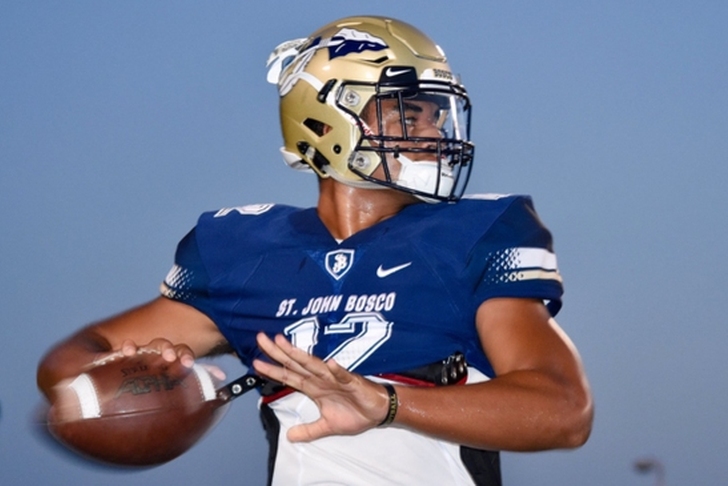 The Alabama Crimson Tide already have their starting quarterback for at least the next two years in Tua Tagovailoa, another potential starter in Jalen Hurts, and two verbal commitments for the 2019 class in Tagovailoa's younger brother, Tualia, and Paul Tyson.

However, they're going hard after the top-ranked quarterback in the 2020 class in four-star D.J. Uiagalelei (Bellflower, CA), who took an unofficial visit to Tuscaloosa earlier this week.

“It was amazing,” Uiagalelei told BamaOnLine. “I liked it a lot. It was really cool. Everything about Alabama … seeing the facilities, seeing the campus, and then meeting all the coaches. Meeting Coach (Nick) Saban and getting to talk to him, that was amazing. That’s the biggest coach in probably college football history.

“He said I would fit well there. He was just saying just to make sure to keep going and stay on the right path for the next two years of high school. Basically continue to get better and wherever my feet are at, continue to be the best person I can be.”

Unsurprisingly, USC was thought of as the heavy favorite for the California native before his visit to Alabama, but now, it appears the Tide are even with the Trojans - if not in the lead.

“They stand really high right now after the visit,” Uiagalelei said. “I like them a lot. It’s somewhere I would like to go.”