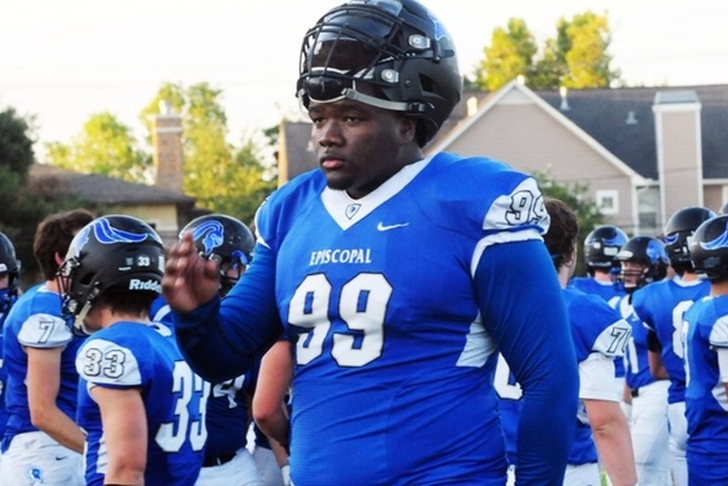 Tide in top 10 for 5-star DT
Five-star defensive tackle Marvin Wilson (Bellaire, TX) released his top 10 on Saturday, and Alabama made the cut:

Wilson had said that Alabama was out of the running for his services after they parted ways with defensive line coach Bo Davis, but outside linebackers coach Tosh Lupoi but the Tide back in the mix. Alabama is considered to be one of the frontrunners to land him, along with Florida State and LSU.

QB commit won't take any other visits
Four-star quarterback Mac Jones (Jacksonville, FL) flipped his commitment from Kentucky to Alabama this week, and he said he's now completely solid on the Tide and won't visit any other schools.

“I don’t want to take any other visits,” Jones told 247sports. “I’m done, I’m happy and I’m excited that this process is over.”

In fact, Jones is so solid that he plans to recruit other prospects to Tuscaloosa.

“Jerry Jeudy from Deerfield Beach, he’s a pretty good friend of mine, I like him a lot,” he said. “Devonta Smith, ‘Smitty’, I kind of met him, but I kind of just let him do his own thing because I’m not as close with him. But I’ll get on him a little bit. I got to meet all the commits like VanDarius (Cowan) and Elliot (Baker) and Alex (Leatherwood). It was good to see those guys. They were all happy and excited. I’ve been working on people. I have a list that I’ll be reaching out to in the next couple days.”