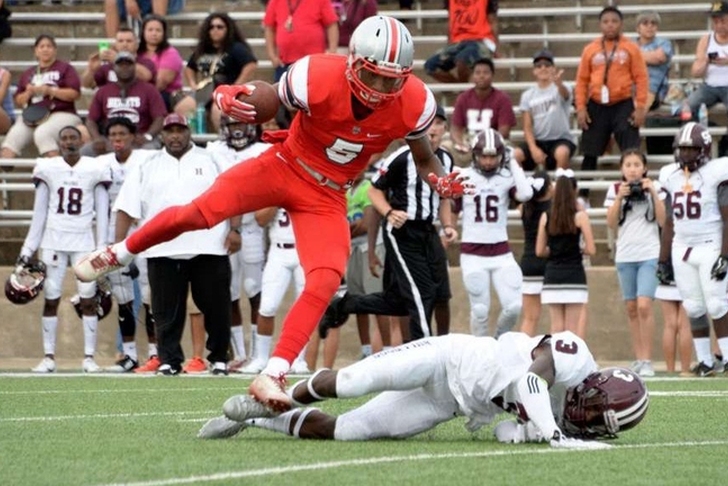 Henderson announced on Twitter that the Tide are one of his three finalists, along with Oklahoma and Texas A&M.

The four-star prospect originally committed to the Sooners in February, but decommitted in April. He then committed to Oregon in July before decommitting again in November.

Alabama is thought to be trailing Oklahoma and Texas A&M in his recruitment, but they're making up ground fast.