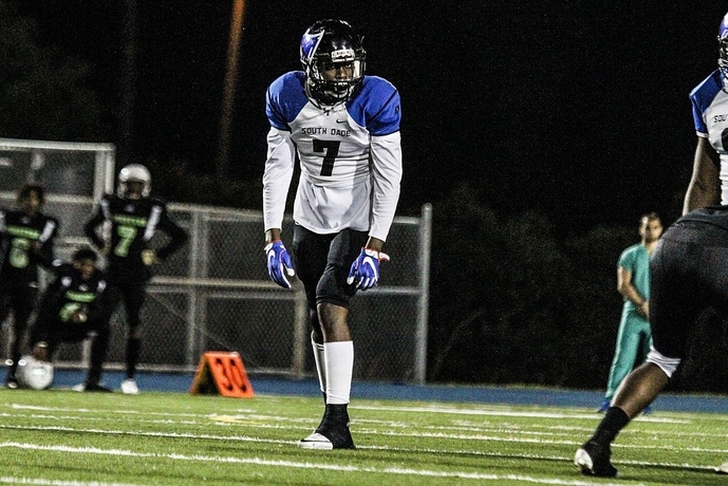 The Alabama Crimson Tide have a knack for landing top prospects - specifically defensive backs - from the state of Florida, and they may be close to landing another one in four-star cornerback Tyrique Stevenson.

The Homestead, FL native is being pursued by a number of top-notch programs but the Tide are among the schools at the top of his list.

“They’re already one of my top schools just because the name and what they can accomplish and all the championships they’ve won," Stevenson said. "I’m a top-notch player and all top-notch players go to Alabama. All I want to do is win and that’s what Alabama will do.”

What separates the Tide from some of the other schools pursuing him?

“The team and what they do for my position,” Stevenson said. “The coaching and all that, Alabama is a great place. I liked the vibe I got from them. It’s quiet and peaceful, not much going on (in Tuscaloosa). The campus and facilities are beautiful.

Miami is believed to be Alabama's biggest competition for Stevenson but Auburn, Florida, and Georgia are also in the mix.

The 6-foot, 190-pounder is ranked as the No. 8 cornerback and No. 68 overall prospect in the country, according to the 247sports Composite.