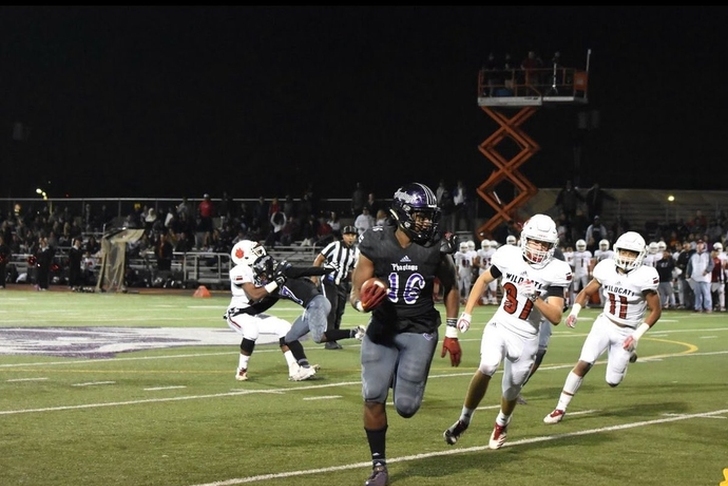 The Alabama Crimson Tide offered a scholarship to four-star defensive end Stephon Wright (Los Angeles, CA) on Monday after he starred at the program's camp over the weekend, and the offer puts the Tide right at the forefront of his recruitment.

“It was a dream come true,” Wright told BamaOnLine. “I guess I can say this is everything I’ve worked for since Day 1. It’s an honor.

“Growing up I’ve always been an Alabama fan because most of my family is from (Eutaw) Alabama. We come down here every summer for vacation, so this summer was a planned vacation, but Coach Banks and Coach Lupoi reconnected with me and told me I should come out to camp. Most of my family’s roots are down here.”

Wright took an official visit to Colorado this spring and will also take official visits to Alabama, Oregon, and Washington along with unofficials to Georgia and LSU this week.

He is also strongly considering Oklahoma and USC, among others, but isn't ready to name any favorites just yet.

“To me from here on out it’s about the relationships I build with the coaches, with Coach Kool and continue my relationship with Coach Banks, Coach Lupoi, and Coach Saban,” Wright said. “That’s where it’s at right now.”

The 6-foot-3, 260-pounder is ranked as the No. 14 strong-side defensive end and No. 204 overall prospect in the country, according to the 247sports Composite.