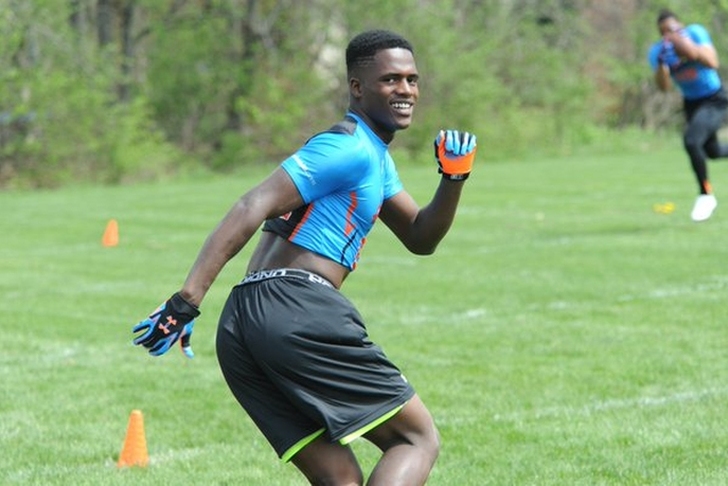 The Alabama Crimson Tide have made a strong push for four-star safety Maleik Gray (LaVergne, TN), and are one of the schools at the top of his list after he visited Tuscaloosa recently.

"They decided to come at me more aggressively so if they decided to show me love, I've got to show them love back but at the same time they send a lot of guys to the league, DBs, and I want to go to the league too," he said, via 247sports.. "I got to sit down and talk to Nick Saban. He's a great man. You can see why they're winning games and national championships. The way the program is set up there's like no way you can fail. That's at any program but at Alabama it's just the structure and then you've got the Albert Einstein of football at the program.

The 6'2", 190-pounder is also heavily considering Florida State and Tennessee, but he loves the idea that Saban thinks he can play as a true freshman.

"When I was talking to Coach Saban about the Alabama scheme, he was saying that it's not easy to learn but he told me one thing that really shocked me was that he told me I could be a true freshman for them. I kind of zoned out because this is Nick Saban telling me that I can be a true freshman and the university of Alabama. I didn't know how to take it."

Gray is ranked as the No. 5 safety and No. 55 overall prospect in the country.