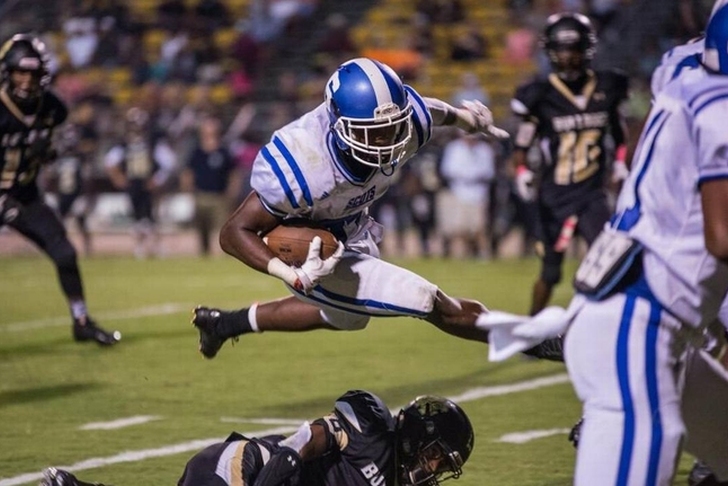 There isn't any actual Alabama Crimson Tide football until the fall, which means recruiting takes center stage for Nick Saban and his coaching staff. Alabama is off to a quiet start, with just four commits thus far - but the Crimson Tide have proven time and time again they'll finish at or near the top. Here are all the latest on Alabama Football Recruiting you need to know.

Tide firmly in mix for nation's top running back
Five-star running back Zamir White (Laurinburg, NC), the top-rated running back in the 2018 recruiting class, is set to announce his college decision in two weeks, and his high school coach, Richard Bailey, says that Alabama is firmly in the mix.

"He had a great visit down there," Bailey told vsporto's SEC Recruiting Buzz . "I was really almost thinking that Alabama was maybe not in it, and then he had a great visit. They really sold him on the idea that they use multiple backs. They have Najee Harris, but they are a school that is going to use 2-3 running backs. That is sort of traditionally what they have done.

The 6-foot-1, 220-pounder will be deciding between Alabama, Clemson, Georgia, North Carolina and Ohio State on June 27.

DeLong got a scholarship offer from the Tide on June 3, so it didn't take long for him to decide he liked them more than Tennessee.

"It's a really big offer," Brown told AL.com. "It's always been the school I've watched growing up. It's been somewhat of a dream school, you could say, for a kid who's been watching them since I was little.

"It's pretty amazing, being a California boy and not really going to the south at all, seeing the southern Culture and the sorority and fraternity houses that are mansions. Everyone's so nice in the south. It's great atmosphere, great food and great football. Coach Key was saying it's not just that he likes my football aspects, but how I conduct myself in the classroom, on and off the field and interacting with people. He likes the way I act and says that's what they are looking for."

Brown's father was a member of Alabama's track and field team in the late 1970's and early 1980's, so he grew up an Alabama fan, putting the Tide right at the top of his list.

The 6-foot-7, 315-pounder is ranked as the No. 14 offensive tackle and No. 162 overall prospect in the country, according to 247sports' Composite Rankings.

Follow our Alabama Crimson Tide news page for all the latest on Alabama football recruiting or download the Chat Sports App!