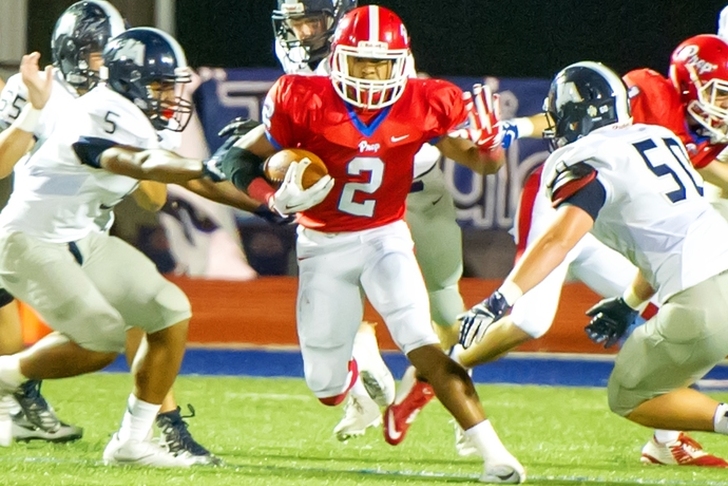 The Alabama Crimson Tide offered a scholarship to four-star running back Jerrion Ealy (Flowood, MS) on Tuesday as they're hoping to flip the Ole Miss commit.

I am extremely blessed and excited to announce that I have received an offer from the University of Alabama @DemetricDWarren @_DHodges #RTR pic.twitter.com/VENjbIxqw6

Even though he gave a verbal pledge to the Rebels on Dec. 15, Ealy acknowledged that the Alabama offer changes things for him.

"It's a dream come true," Ealy told BamaOnLine. "Every kid in this day and age wants an offer from Alabama because it is the pinnacle of college football."

Ole Miss was the first school to offer Ealy back in May 2016, and he has also picked up offers from Florida State, Kentucky, Oregon, Tennessee, and UAB.

The 5-foot-9, 161-pounder is ranked as the No. 5 running back and No. 69 overall prospect in the country, according to the 247sports Composite. He rushed for 971 yards and 16 touchdowns along with 609 receiving yards and 10 more scores as a junior last season.