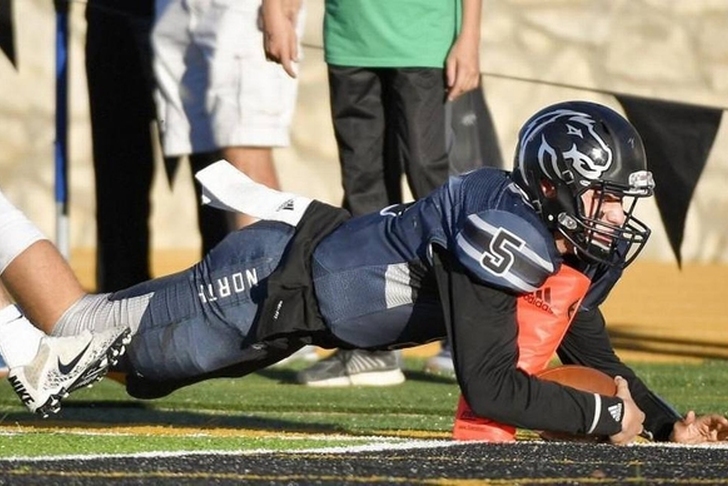 The Alabama Crimson Tide didn't offer a scholarship to a quarterback in the 2018 recruiting cycle, but they're going after a four-star Wisconson commit in this cycle.

Graham Mertz (Mission, KS) committed to the Badgers back in October, but he announced that he received a scholarship offer from Alabama.

Received an offer from the University of Alabama! pic.twitter.com/cd9FjsYP3I

Ohio State and Minnesota are also thought to be in the mix to potentially flip Mertz.

The 6-foot-4, 205-pounder is ranked as the No. 9 pro-style quarterback and No. 323 overall prospect in the country, according to the 247sports Composite.

Quarterback is known to be a priority for Alabama in this recruiting class, as they're also pursuing in-state prospects Taulia Tagovailoa - Tua's younger brother - and Paul Tyson, who is legendary head coach Bear Bryant's great-grandson.