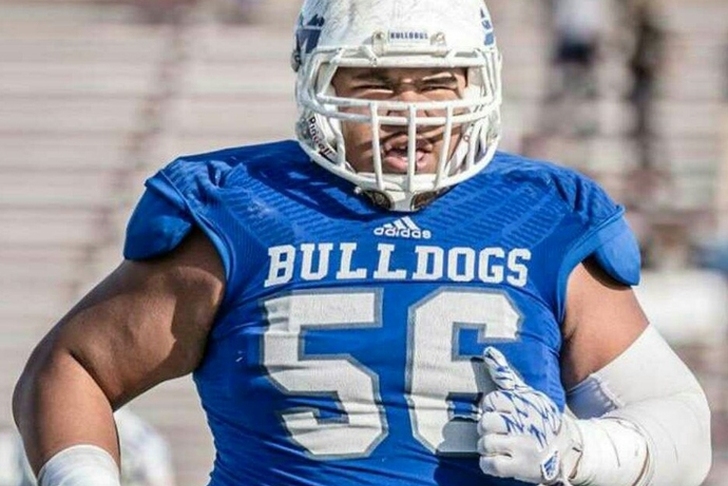 College of San Mateo defensive tackle Tevita Musika (Milpitas, CA), one of Alabama's top JUCO targets in the 2018 class, gave his commitment to the Alabama Crimson Tide during a visit over the weekend.

“They’re the national champs,” Musika told BamaOnline about what interested him in Alabama. “You can’t really get better than Bama. They have the No. 1 weight room. I think if I read it right it said that their facilities are better than most professional facilities.

“Like I said, they’re the best. They’re ranked the No. 1 team in all of college football right now.”

Musika should be able to compete for immediate playing time for the Tide after both Da’Ron Payne and Josh Frazier entered the NFL Draft.

He did not originally commit in February because it wasn't clear if he would qualify academically. He has three years to play two seasons of eligibility.

Musika's cousin is Vita Vea, a defensive tackle who starred at Washington and is projected to be a top 15 pick in the upcoming draft.

Alabama originally offered the 6-foot-2, 360-pounder on March 3, and he took visits to the school each of the past two weekends.

Check out his highlight tape below: