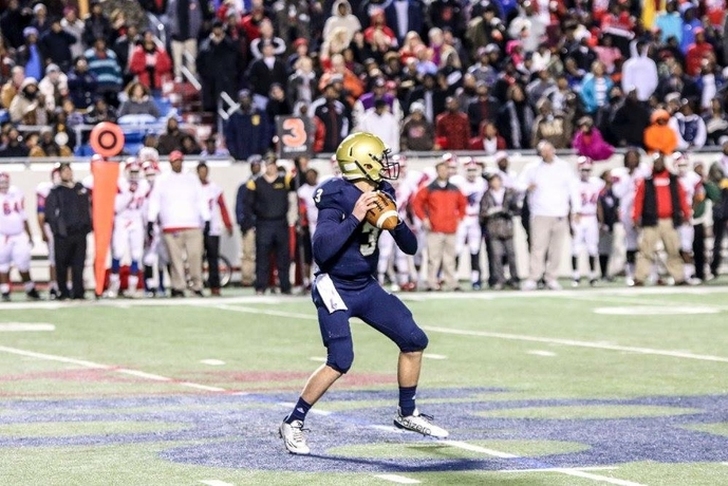 The Alabama Crimson Tide landed a very late commitment in the 2018 class when three-star quarterback Layne Hatcher (Little Rock, AR) announced he was flipping from Arkansas State to the Tide on Friday.

"For a while they've been wanting to do a preferred walk-on type of situation, but we didn't think that was the best idea for me," Hatcher told BamaOnLine. "Then today they came back and gave me an offer to come play for them. I was super excited and I was all onboard for it.

"They like that I'm a very accurate thrower," Hatcher said. "That's definitely my strongest point. I'm not a 6-5 guy with a bazooka arm. I'm the guy that's a detail guy that wins and cares about the little stuff. I really focus on my accuracy and mental game. That's what they saw in me and they thought I could be a good help for them. I was super excited that they even thought about me as a player."

Though Hatcher has been committed to Arkansas State in February, he never signed with the program, keeping the door open for a move like this. Arkansas State and Alabama were the only two FBS offers Hatcher received.

Alabama is already loaded at the quarterback position with Tua Tagovailoa, Jalen Hurts, and Mac Jones on the roster along with having Tualia Tagovailoa and Paul Tyson committed for the 2019 class, but Hatcher insists that isn't a problem.

The 6-foot-1, 204-pounder is ranked as the No. 53 dual-threat quarterback and No. 2,182 overall prospect in the country, according to the 247sports Composite.