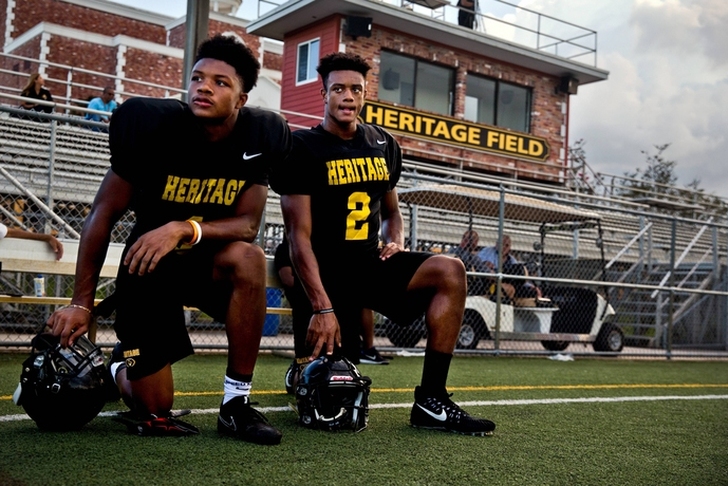 The Alabama Crimson Tide already have a quality recruiting class with 18 total commits, but with only five-star signed and the class sitting at No. 5 in the country, head coach Nick Saban & Co. are hoping to add some major pieces before National Signing Day on Feb. 7.

That makes this weekend one of the most important of the recruiting season for the Tide, as they're hosting three five-star recruits (cornerbacks Patrick Surtain Jr. and Tyson Campbell and offensive tackle Nicholas Petit-Frere) this weekend with less than three weekends until signing day.

Cornerback is a big need for Alabama and they have already signed three in this class in four-stars Josh Jobe, Jalyn Armour-Davis, and Saivion Smith. However, both Surtain and Campbell - who are high school teammates - would be expected to see immediate playing time should they commit.

Surtain (6-foot-1, 200 pounds) is ranked as the No. 1 cornerback and No. 5 overall prospect in the country. He is also heavily considering LSU and Miami.

Alabama is thought to be trailing Georgia and Miami in Campbell's (6-foot-3, 180 pounds) recruitment. He is ranked as the No. 2 cornerback and No. 25 overall prospect in the country.

Petit-Frere is the No. 2 offensive tackle prospect and No. 18 overall prospect in the country. Alabama is thought to be trailing Florida in his recruitment.