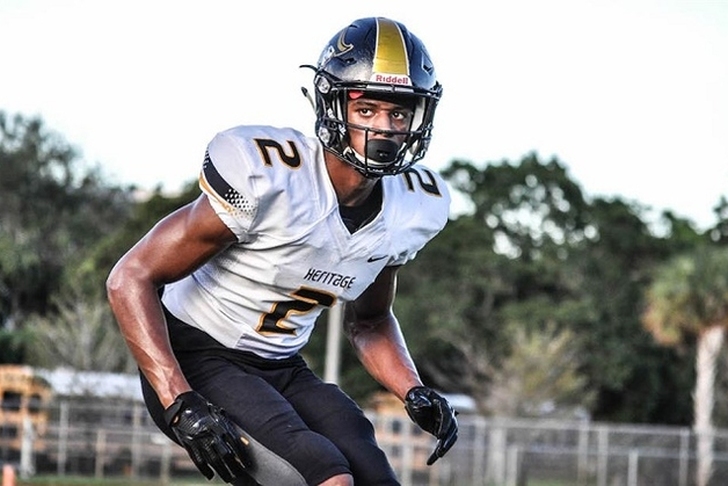 The Alabama Crimson Tide signed 14 prospects during the Early Signing Period, putting together a class that currently ranks sixth in the country.

However, only one of those 14 signees was a five-star prospect, and the Tide plan to add several more with the scholarship spots they still have available.

Head coach Nick Saban and his staff are specifically targeting a trio of cornerbacks with those scholarships leading up to the next signing day on Feb. 7, according to Hank South of BamaOnLine.

The three names to know at corner, all of which are five-star prospects, are Patrick Surtain Jr., Isaac Taylor Stuart, and Tyson Campbell, the Nos. 1, 2, and 3 corners in the country, respectively. Each of the trio plans to take an official visit to Tuscaloosa next month or possibly early February and make decisions late. Campbell and Surtain have been talked about often on BamaOnLine; Taylor-Stuart has sparked more conversation as of late. The Tide’s chief competition for Campbell is Miami and Georgia. Surtain is an LSU lean, but we’ve seen UA close the gap since the summer. Taylor-Stuart at one point named Alabama his leader. Ultimately, it looks like it’ll come down to Alabama, Texas A&M, and USC for the La Mesa (Calif.) Helix product.

All three are five-star prospects that rank among the top 27 recruits in the country.

Alabama already has three cornerbacks signed in the 2018 class in four-star Josh Jobe, four-star Jalyn Armour-Davis, and Saivion Smith, who was the No. 2 overall JUCO prospect in the country.