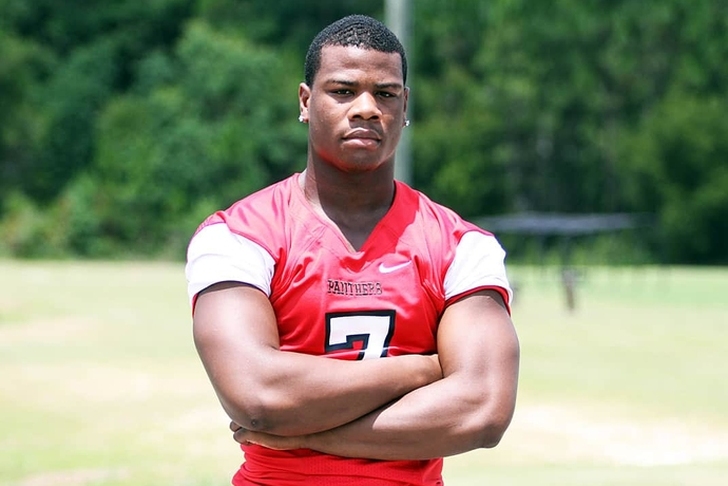 Recruiting battles between the Alabama Crimson Tide and Georgia Bulldogs have become something of the norm since former Alabama defensive coordinator Kirby Smart took over the UGA program, and another one appears to be brewing for one of the best players in the 2019 recruiting class.

Four-star athlete Trezmen Marshall (Homerville, GA) committed to Georgia on April 27, but is still keeping his options open - and Alabama may be the biggest threat to flip him.

“I’m committed because I’ve been to Georgia about 30 times,” Marshall told BamaOnLine. “If Georgia is meant to be I have no problem visiting these schools and still feeling the same way I feel about Georgia. If I visit another school and feel more home there, that’s a school I need to go to. It’s not that I don’t like Georgia anymore or am second-guessing; if I second-guess, it means I need to go to the other school because that school feels more like home than Georgia does. I’m just trying to figure it out.

“I can’t say that [of Alabama], not yet. I can say I feel at home, but the friendships and all that ain’t there yet. I’ve only been up there like three or four times. I’ve been to Georgia like 30 times, so I know more people. But Auburn and Alabama, I’m starting to build those friendships or whatever.”

Marshall has made unofficial visits to Alabama, Auburn, and Florida State since committing to Georgia. However, he had the Tide and Tennessee as the other two schools in the top three before giving his pledge to Smart.

Why has Alabama been one of his favorites throughout the process?

“I just feel like it would be disrespectful to them to not have them in,” he said. “How can you not put the team that’s winning rings every year in it? It’d be silly to not put them in there I think.

“[Saban's] just telling me what they’ve got to offer really. You know, how Bama is one of the top schools. For a fact every player in the last 11 years or something like that has a ring. I think something like that. He was just telling me the basics of Alabama. He said Bama isn’t going to change, he isn’t going to change, and he’s going to be there the whole time until I’m done, stuff like that.”

The 6-foot-1, 236-pounder is ranked as the No. 6 athlete and No. 98 overall prospect in the country, according to the 247sports Composite.