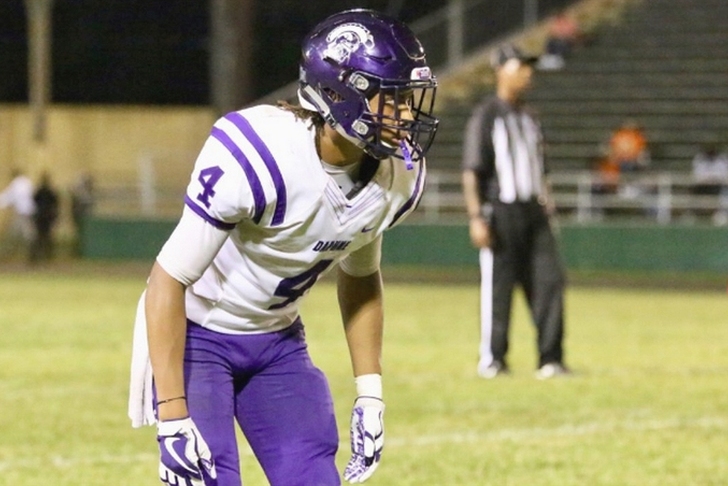 Four-star cornerback Christian Williams (Daphne, AL) is one of Alabama's top two cornerback targets in the 2019 recruiting cycle, and it appears the Tide are the leaders for his services.

According to BamaOnline's Hank South, Williams is expected to sign with the Tide at some point before National Signing Day.

One of the top players in the state, Williams was back on campus at Alabama the weekend before last for Junior Day. The four-star cornerback says Alabama has a “really high” chance to land him when all is said and done. A product of Daphne (Ala.) Williams grew up a Tide fan, but is not officially naming leaders while sifting through several Power Five offers. He did say, however, that his liking of UA as a child plays some sort of role into his decision-making process.

Auburn and LSU are also heavily in the mix for Williams.

The 6-foot-1, 177-pounder is ranked as the No. 8 cornerback and No. 88 overall prospect in the class, according to the 247sports Composite.