Alabama Football Recruiting: Tide Appear To Be The Heavy Favorite For 5-Star OL 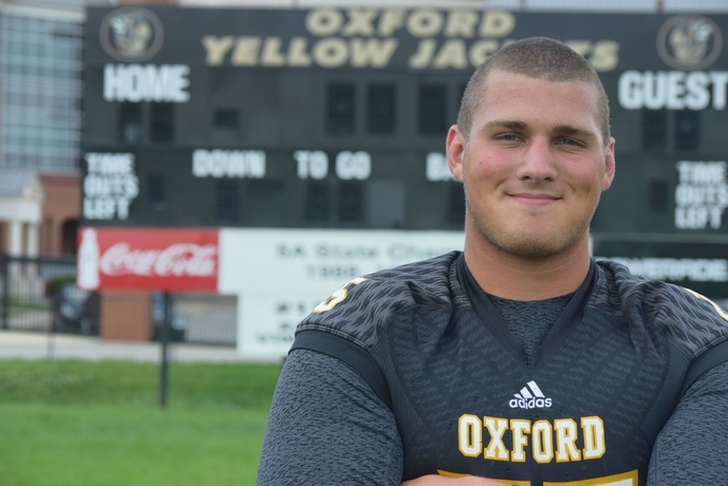 Five-star offensive lineman Clay Webb (Oxford, AL) is one of Alabama's top targets in the 2019 recruiting class, and they appear to have a great chance to land him.

When speaking at the Nike Atlanta Opening regional camp on Sunday, Webb said that the Tide are his leader right now due to his close relationship with offensive line coach Brent Key.

“To be honest, I feel like the closest I’ve been with a team right now is Alabama."

Webb revealed that the two talk once a week, which is more than he talks to any other assistant coach.

A number of other top schools are also interested in Webb - Clemson, Florida, Georgia, Michigan, Mississippi State, and Tennessee have all offered him a scholarship - but he expects his decision to come down to Alabama and Auburn “just because of their radius and distance to me.”