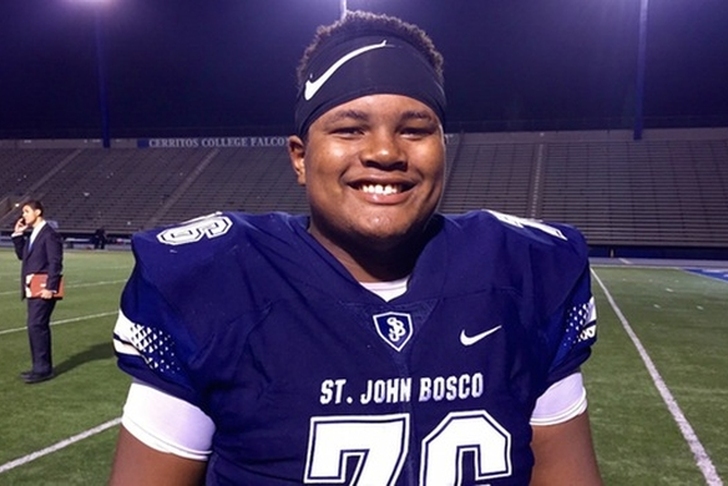 The Alabama Crimson Tide put together their fifth straight No. 1 recruiting class with their class of 2016 recruits, but head coach Nick Saban and the coaching staff are already on their way to putting together another top class in 2017. Here are the latest rumors you need to know:

Alabama the favorite for 5-star OL
Five-star offensive lineman Wyatt Davis (Bellflower, CA) had such a great time at Alabama's junior day that he told Saban that the Tide are his No. 1 school at the moment.

"Coach Saban said I'm exactly what they are looking for," Davis said. "That was very humbling."

Alabama in top 5 for 4-star DT
Four-star defensive tackle Eric Crosby (Virginia Beach, VA) recently put Alabama in his top five along with Virginia Tech, Clemson, NC State, and Tennessee. However, Crosby said that the Tide are the program that is showing him the most interest.

“They’ll be talking about how they would love to have me down there and how they could use me. Stuff like that," he said. "It’s a big school, big-time football, their program is unbelievable.”

Crosby is set to make a commitment on April 22, and Alabama is the only school he is planning to visit that month.