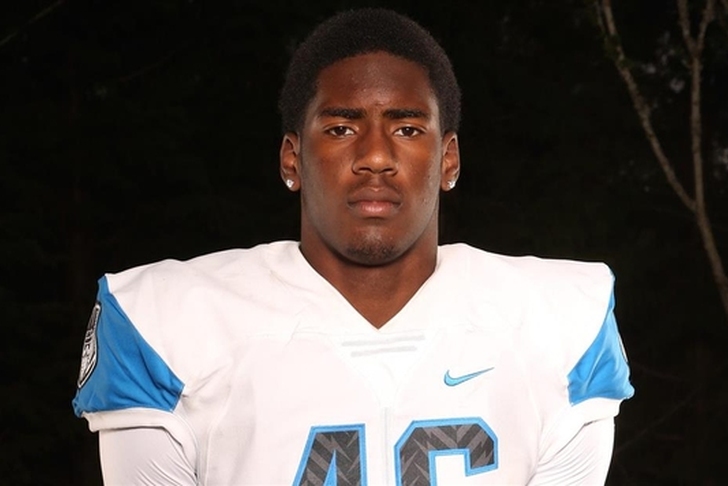 The Alabama Crimson Tide have gone all-out in recruiting four-star Fort Lauderdale (FL) defensive end Brian Burns as of late, but one of Alabama's SEC rivals, the Georgia Bulldogs, still have the inside track on landing him.

"What helps Georgia is they use their rush ends a lot, with Lorenzo Carter and Leonard Floyd," Burns said. "There are no cons with Georgia that I know of right now.

"Georgia sees me playing the position of Leonard Floyd and Lorenzo Carter," Burns added. "So it is a rusher that moves around to different spots, so the offense cannot figure out where I am. I love that role. I watch those guys and think I am similar with my speed hands and first step."

Burns added that Alabama, Georgia, LSU and Florida State are the ones recruiting him the hardest. Rated as the #168 overall player and #12 weak-side defensive end in the Class of 2016, Burns could make a commitment soon. However, he could wait to make an official announcement that the US Army All-American Bowl in January.