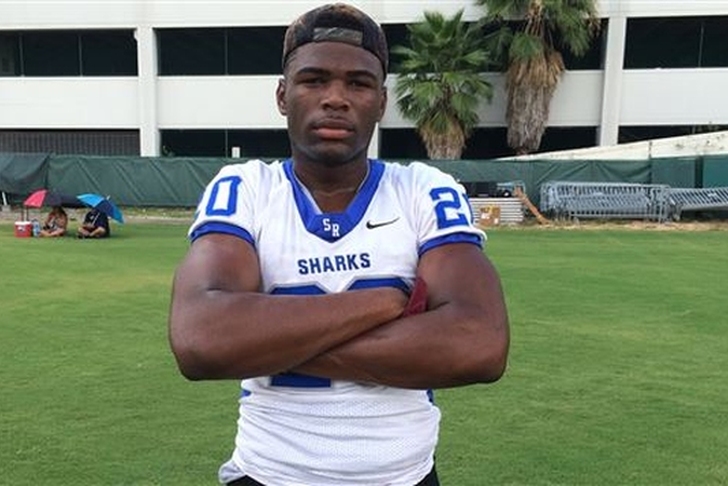 The Alabama Crimson Tide put together their fifth straight No. 1 recruiting class with their class of 2016 recruits, but head coach Nick Saban and the coaching staff are already on their way to putting together another top class in 2017. Here are the latest rumors you need to know:

"That was great," Parks said, via 247sports. "He seems like a really cool dude. He's very calm talking to me. He didn't take anything lightly. He talked to me like he probably would've talked to one of his regular players. That was a really good conversation."

Parks says that Alabama, LSU, Ole Miss, Florida, Florida State, Miami, and Clemson are recruiting him the hardest. The 6'5", 255-pounder is ranked as the No. 2 defensive end and No. 18 overall prospect in the class of 2017.

Bama still at the top for former OL commit
Four-star offensive lineman Netori Johnson decommitted from Alabama earlier this month, but he insists that the Tide are still the favorite to land his services.

“Right now the Tide is number one,” Johnson said, via 247sports. “They’re still number one. I just wanted to weigh my options around, see what other opportunities other schools are giving me, so that’s what was part of my de-commitment. I love Alabama because they give linemen a great chance. I’ve seen multiple linemen go to the pros from Alabama. I like it. It’s really interesting to go there, so that’s why they’re still my number one. I haven’t completely cut them off; I just have to weigh my options.”

Johnson is ranked as the No. 4 offensive guard and No. 118 overall prospect in the class of 2017.

Alabama at forefront, but no favorite for three-star DE
The Crimson Tide offered three-star defensive end LaBryan Ray (Madison, AL) last week, which he described as a dream.

“It means a lot,” Ray said. “Growing up that was a team I was watching with how like successful they were. It was definitely exciting for me. I got to talk to Coach (Jeremy) Pruitt and Coach (Nick) Saban. [Saban] was talking about the academic part and of course the football part and what the school has to offer.”

Ray also has offers from Ole Miss, Mississippi State, and Arkansas, and doesn't have a frontrunner yet. He is ranked as the No. 24 defensive end and No. 414 overall prospect in the class of 2017.