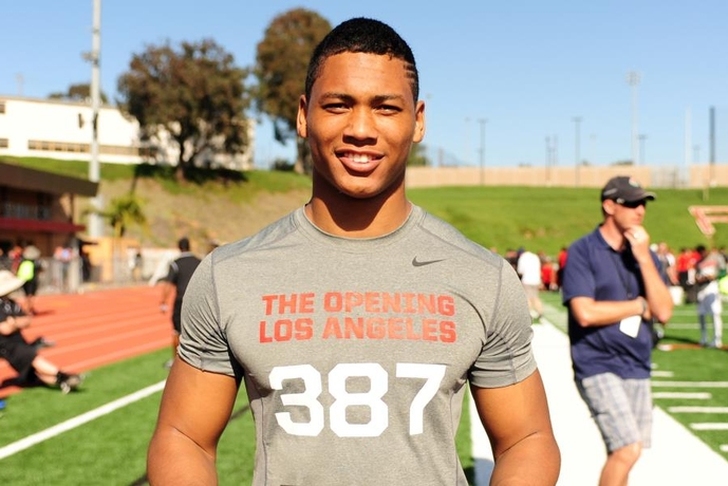 The Alabama Crimson Tide already boast one of the top recruiting classes in the country, but they're far from done, making a strong push during the last month of recruiting as we heads towards National Signing Day on Wednesday, Feb. 3. Here's all the latest news and rumors you need to know:

Alabama in good shape to sign five-star LB Ben Davis
Alabama had long been the favorite to land five-star linebacker Ben Davis (Gordo, AL) since his father, Wayne, is Alabama's all-time leader in tackles, but the Tide weren't at the top of his list when he revealed his top five two months ago. However, Tim Watts of 247sports reports that Alabama is expected to sign Davis come signing day:

After doing some digging this week with several sources near or around Davis I think at this stage of the game UA is in good shape to sign the nation's No. 12 overall player who would be a significant commitment obviously.

When Smart was hired there was some talk that if affected Davis, and I'm sure it did to some degree since he has spend time with Davis when he visited the Capstone, but multiple sources close to Bama and the Gordo native indicate that his best relationship is with his primary recruiter Bo Davis and that that bond is very strong indeed.

He has already taken his official visit to Athens when he was recruited by Jeremy Pruitt. Speaking of Pruitt, he has continued to work with Bo Davis on Davis and feedback from both sides of the fence said Davis and those closest to him are impressed with Pruitt as well and the main reason UGA was initially involved was Pruitt's presence.

Davis is ranked as the No. 12 overall prospect and top inside linebacker in the country.

Alabama offered a scholarship to the 5'10", 215-pounder in February. He is ranked as the No. 672 overall prospect and No. 42 wide receiver in the country.

Tide not out of running for five-star LB
Five-star LB Mique Juarez (Torrance, CA) has been one of the most coveted recruits in the country after he decommitted from USC, and named Ole Miss and UCLA and his two finalists. However, Juarez admitted that Alabama is making a strong push and isn't out of the running.

Juarez says he has been extremely impressed by the lengths Alabama has gone to visit him and recruit him.

“It just shows (a lot),” Juarez said, via 247sports. “That’s a pretty far place to travel to California from and recruit a football player. So I take that into consideration. It just shows they really want you and they really need you. That just shows a lot about Alabama and what they’re trying to do.”

He said the only reason Alabama doesn't rank among his finalists is because he has never been to their campus, but he is scheduled to make an official visit on January 22. After that, Juarez said they could move right to the top of his list.

Juarez is ranked as the No. 16 overall prospect and No. 2 outside linebacker in the country.