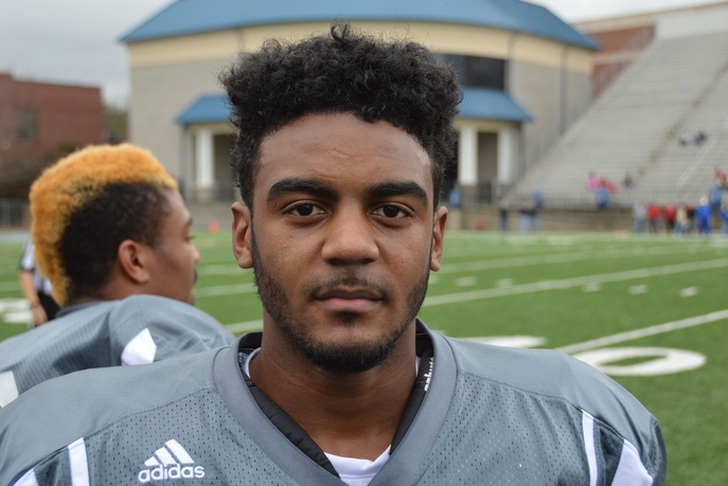 Alabama Crimson Tide defensive coordinator Kirby Smart will take over as Georgia's head coach following the College Football Playoff, but he's already working hard for the Bulldogs on the recruiting trail. One of his biggest targets is three-star wide receiver Tyler Simmons (Powder Springs, GA), who he was recruiting for Alabama.

"Kirby Smart is my man," Simmons said, via 247sports. "He recruited me really hard when he was at Alabama. My family loves him. He is a very good recruiter and a great hire for Georgia. His main thing he told me was that he recruited me so hard for Alabama that now he has to change me back around. He said I could go in and play anywhere, but I would have a better chance at Georgia because they are so thin at wide receiver."

While Simmons never committed to Alabama, they had been the odds-on favorite to land him until Smart left. After visiting Georgia last weekend, Simmons says UGA is shooting up his list.

"I got a chance to go hang out in Athens with Jacob Eason, and he is a really cool, funny dude," Simmons said. "Everybody at Georgia loves him already. He was there with Chris Barnes, Mecole Hardman Jr., Elijah Holyfield, Chad Clay, Ben Cleveland and a couple others at Peachtree Ridge, and I could tell they all love Georgia. They were telling me 'see how much fun you have with us, come here and play with us so we can keep all of the talent in-state.'"

Simmons says the Alabama is still very high on his list, but is leaning towards committing to Georgia.

"Those are my top two - I can put Georgia in the top because I know all of the commitments, I am familiar with the place and very familiar with Coach Smart, and it is not that far from home, but there is some distance. I mean - it's Georgia."