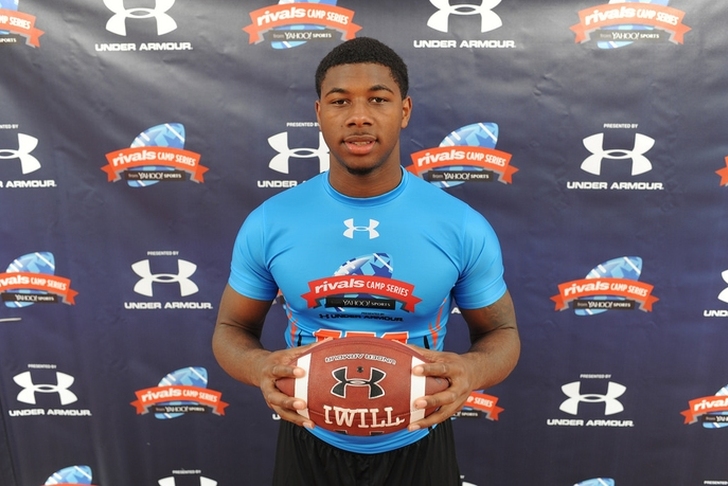 “Everything went good we just had a good little conversation,” Perine said. “He just kept being honest with me. He just came by and told me about the depth chart and said I could come in and contribute early.”

Alabama offered Perine back in November and has turned the heat up on a potential flip in recent weeks. However, one thing that's not going to help Bama's case with the young halfback is Derrick Henry's Heisman win on Saturday night.

“I don’t really look at that,” Perine said. “It all comes down to if I can get playing time. That’s a big thing I’m going to college for – education and playing time.”

Ranked as the #29 running back in the country by 247Sports, Perine remains a hard commit to Florida. However, he did leave the door slightly ajar with a bit of vague wording.

“I feel like I’m going to stick with Florida right now,” Perine said.