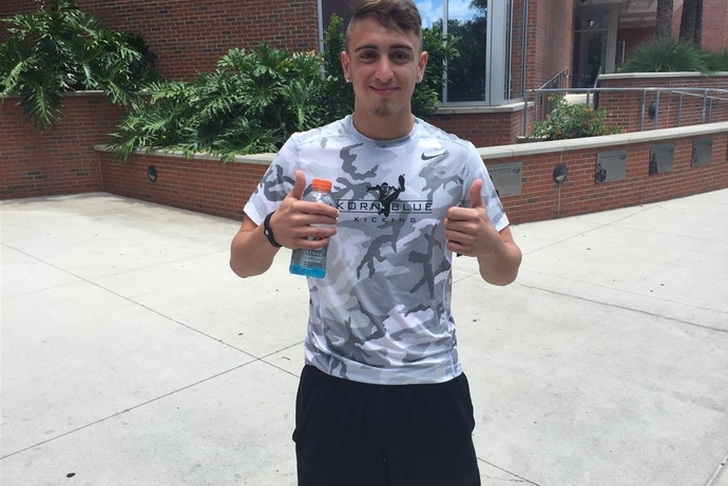 The Alabama Crimson Tide are in fantastic shape as the 2016 recruiting cycle continues on, but there's still some odds and ends to attend to as we present our mid-week Alabama Football Recruiting Rumors update.

Offensive tackle commit Charles Baldwin won't be officially visiting Oklahoma this weekend -- the last weekend that early enrollees can take official visits. He had been contemplating a visit to Norman, but that's not in the cards anymore.

His primary recruiter, Mario Cristobal, is slated to visit him in New York on Friday. He'll also check in with him on Sunday before the Dead Period begins.

Nick Saban, Mario Cristobal and Bobby Williams met with Alabama kicker commit Eddy Pineiro this past weekend in Miami. They spent about two hours having dinner, as Saban and the others detailed their expectations for all student athletes and the point system all players have to adhere to in order to play each week.

Pineiro will make his final official visit this weekend as planned. In case you missed it, Pineiro's leg is so powerful that he's been able to make a 73-yard field goal.