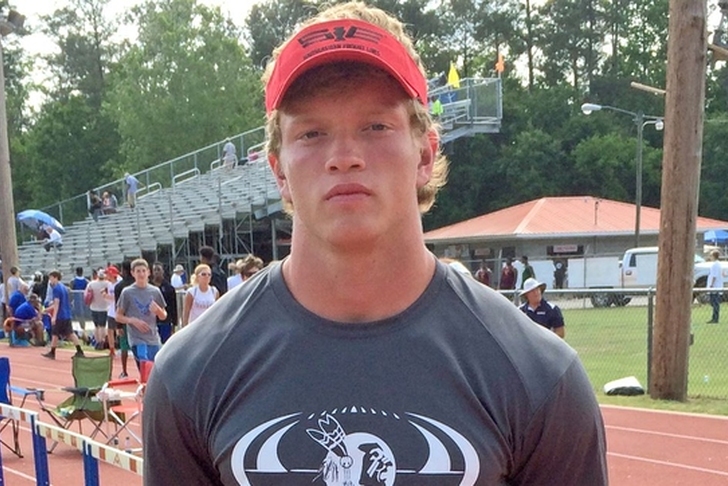 Vidalia (GA) Comprehensive linebacker Nate McBride visited Tuscaloosa for his first-ever Alabama home game and he was completely blown away by what he experienced.

“It was pretty much perfect,” McBride said, via 247Sports. “I got to speak with Coach (Kirby) Smart. My friend that’s never been to a college game before got to come with me, and basically got to see the biggest college – the best college – and he enjoyed it.”

The entire atmosphere around the stadium left a major impression on McBride.

“It was definitely electric,” McBride said. “It was so loud I couldn’t hear myself think. That’s the way I like it, though.”

The Class of 2016 standout added that coach Smart is one of the two coaches he has the best relationship with out of his 15 offers. The other is Georgia's Mike Ekeler.

Four-star athlete Trevone Diggs officially committed to Alabama on Saturday afternoon, choosing the Tide over LSU, Auburn, Maryland and a host of other top programs.

Diggs says he took every bit of time he needed to get his decision right.

“I was just taking my time,” Diggs told Sports Entertainment Network about his recruiting process. “Going it over with my family, just trying to make the best decision for me.”

Recruited at wide receiver by Alabama, Diggs was more interested in the environment around the team rather than the specifics of his future role.

“The team itself,” Diggs said when asked about what he looked for in a school. “Academics, the graduation rate I was looking closely at, the coaching staff and just how tight of a family there are; that really meant a lot in my decision.”

While he was primarily recruited by outside linebackers coach Tosh Lupoi, Diggs said it was his relationship with offensive coordinator Lane Kiffin as one of the factors which pushed the Tide over the top.

“We have a great relationship,” Diggs said. “He’s seen me as another Amari Cooper, I saw what he did with him. He can get the ball in his hands and put him in the best position – first round – and that’s what I want for myself.”