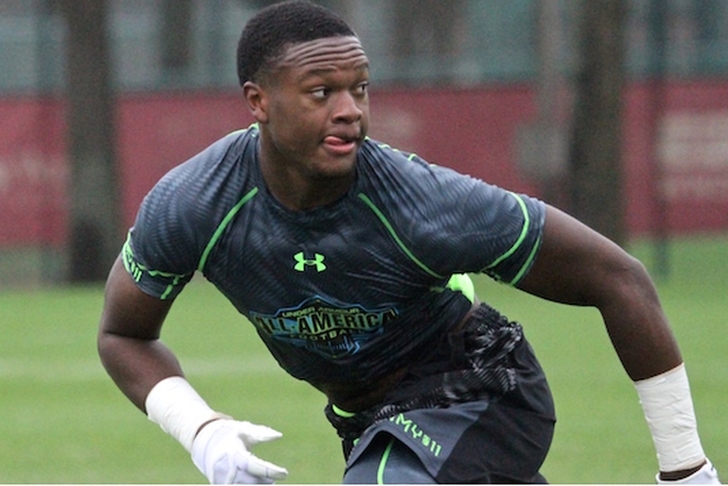 Tide still in the mix for LB Ben Davis
Alabama had long been the favorite to land Davis since his father, Wayne, is Alabama's all-time leader in tackles, but the Tide weren't at the top of his list when he revealed his top five a few weeks ago. Georgia has been heavily recruiting Davis for some time, and they got a big boost when former Alabama defensive coordinator Kirby Smart took the head coach job with the Bulldogs. However, 247sports says the Tide still have a "quiet confidence" in the race as his recruiter, Bo Davis, is still on 'Bama's staff.

Alabama and Florida neck-and-neck for LB Lyndell Wilson
Wilson, and in-state product, has consistently named the Tide as his No. 2 school behind Florida, saying he's been excited and intrigued by the job head coach Jim McElwain has done with the Gators. However, many don't think the gap between the two schools is very wide, and Alabama is expected to make a really strong push at Wilson following the holidays. Wilson has also expressed his desire to play close to home, obviously giving the Tide a major edge.

Alabama in top three for TE Isaac Nauta
Nauta, the top-ranked tight end in the country, announced a top three of Georgia, Michigan, and Alabama on Sunday. The Tide are thought to be a distant third as Nauta has developed a close relationship with Wolverines head coach Jim Harbaugh and his desire to play with five-star QB Jacob Eason in college, who committed to Georgia. Nauta will make his decision at the U.S. Army All-American game on Jan. 9.