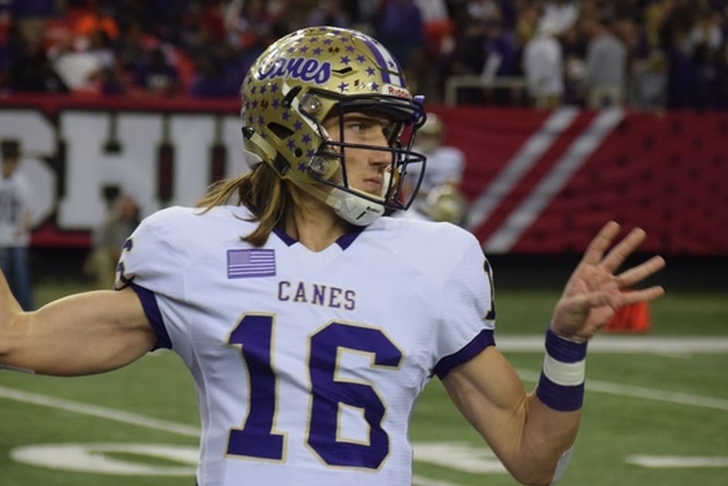 Five-star quarterback Trevor Lawrence (Cartersville, GA) has given a verbal commitment to the Clemson Tigers, but the Alabama Crimson Tide are still recruiting him hard.

Nick Saban and offensive line coach Brent Key made the trip to Lawrence a few weeks ago, which went well, according to Joey King, Lawrence's high school coach.

“It was great,” King told 247sports. “First off, they flew in on the helicopter. That was pretty neat in and of itself just to see that thing coming in to land. He and Brent Key came into my office and we just talked a while. He was talking about wanting to still stay in the hunt with Trevor.

“I firmly believe he’s committed to Clemson. He’s expressed that to us. He’ll still listen out of respect to a point where he’ll have to say he’s not interested. Most of the guys have handled their stuff the right way. Coach Saban and Coach (Kirby) Smart have done the same thing. They 100 percent respect his commitment, but because he’s the number one prospect in the country they’re still going to try and recruit him.”

King also said that a majority of Saban's pitch was about Steve Sarkisian being the offensive coordinator and how he has a history of preparing quarterbacks for the NFL, but Sarkisian left the program on Tuesday to take the same position with the Atlanta Falcons.

Lawrence also isn't expected to make any more visits. He has not been to Tuscaloosa since receiving an offer from the Tide in February.