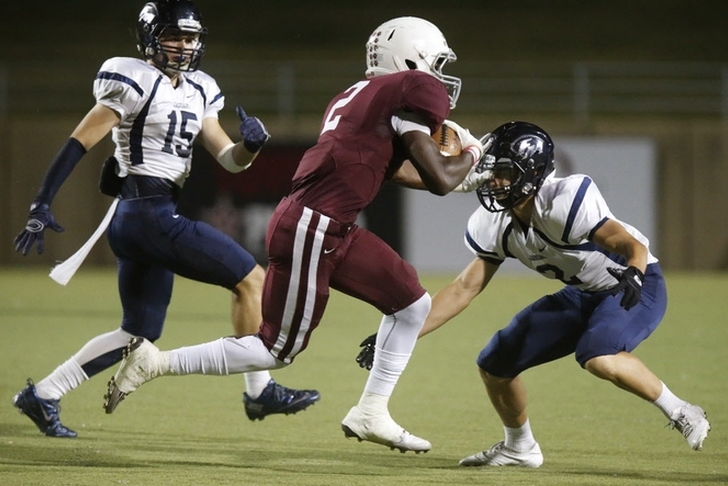 Three-star Plano (TX) running back Brandon Stephens is slated to make his commitment next Friday, with the Alabama Crimson Tide standing as one of his Top Six schools heading into his official announcement.

Stephens is considering Colorado, Texas A&M, Stanford, Washington, Texas and Alabama. Texas may not be a viable option for Stephens at this time as there's a lack of clarity over whether the Longhorns view him as a take with their current crop of 2016 running backs.

Stephens is currently considered by most recruiting analysts to be a heavy Texas A&M lean, but Alabama remains firmly in the mix regardless.

The six-foot, 205-pound Stephens is ranked as the #19 running back in the Class of 2016 by 247Sports' Composite Rankings system.