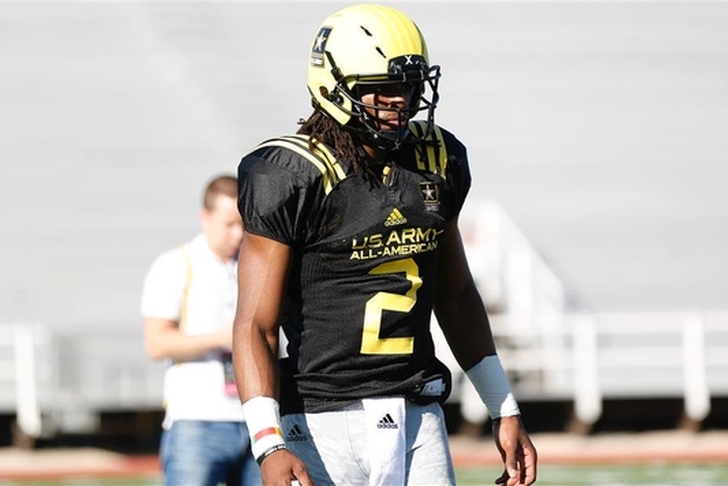 National Signing Day is less than a month away, and as such, Nick Saban & Co. are putting the finishing touches on another top recruiting class. That means there's plenty to get to around Alabama football recruiting. Here are all the latest Alabama recruiting news and rumors you need to know.

Najee Harris "undecided"
Alabama commit Najee Harris, the top overall prospect in the country, has been committed to the Tide since April 2015, but has been recruited heavily by Michigan over the past several months. Many believe that Harris may flip his commitment to the Wolverines due to that recruitment, and Harris admitted to 247sports that he is currently "undecided."

“I talk to both of them,” Harris said. “I don’t call them. I’m not worried about it. I’m doing workouts 100 percent. They always bug me in the workouts. I’ll tell them hold up I’m trying to workout. Both schools have been busy lately cause the games. Whatever free time they get they’ll talk to me, but it’s quick.

“I tell them don’t do nothing. There’s nothing to do. It’s my decision.”

Harris said he will announce his final decision immediately after the U.S. Army All-American Bowl on Saturday.

Tagovailoa thinks Harris stays with Tide
Harris is expected to be roommates with five-star quarterback Tua Tagovailoa at Alabama, and Tagovailoa said he still expects Harris to pick the Tide over Michigan.

“I’m always going to stand with him going to Alabama,” Tagovailoa said. “He says Michigan and these other schools are good, but he still hasn’t made a commitment to go to that. I still think he’s going to stay with Alabama, but we’ll see.”

The 6-foot-1, 212-pounder is ranked as the top dual-threat quarterback and No. 33 overall prospect in the country.

Alabama the frontrunner for 4-star WR
Four-star wide receiver Devonta Smith (Amite, LA) is set to announce his college decision on National Signing Day, and while he hasn't named a leader yet, Hank South of 247sports reports that Smith's relationships with the Alabama staff makes them the favorite to land him:

He told BamaOnLine on Sunday that he will visit LSU the first weekend after the dead period, Alabama the second and Miami the third before making a National Signing Day decision. While Smith won’t name a leader, he did tell BOL that he has the best relationship with Alabama wide receivers coach Billy Napier and assistant director of player personnel Sam Petitto of any of the coaches he talks to. The relationship with Petitto, an Amite native, has been well documented. With pushes from LSU and Miami, relationships will be key in sealing a commitment from the elite wideout.