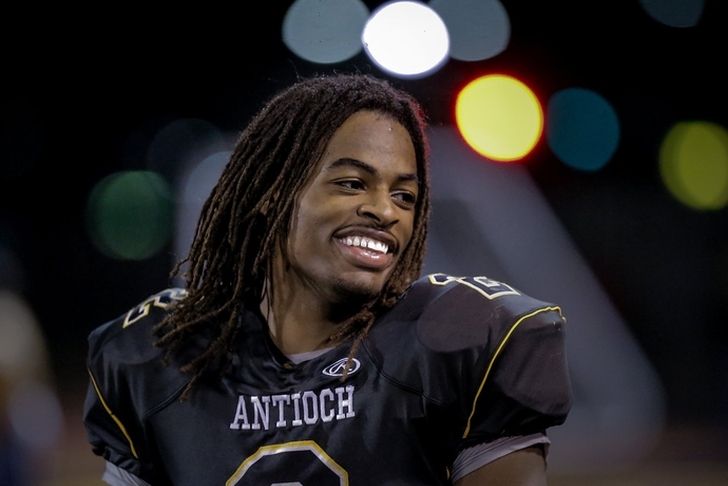 The Alabama Crimson Tide are focused on beating Auburn, winning the SEC title and making the College Football Playoff, but that doesn't mean they've slowed down on the recruiting trail. In fact, the Tide's 2017 class already ranks No. 1 nationally with 22 commitments. Here are all the latest Alabama football recruiting news:

Najee Harris could flip commitment from Alabama to Michigan
Najee Harris, the No. 1 recruit in the country, has been committed to Alabama since April 2015, but hasn't stopped talking to other teams. He is now set to make an official visit to Ann Arbor on December 10, and Steve Lorenz of 247sports reports that he could flip his commitment to Michigan after the visit:

As you'd expect in a recruitment of this magnitude, Michigan has been attacking it from every angle. Jim Harbaugh has obviously played a major role in this one, as has running backs coach Tyrone Wheatley and tight ends coach Jay Harbaugh. Communication has picked up since the point earlier in the season where Harris wasn't doing much (or any) talking to college coaches.

It's also worth noting that the December 10th weekend will be one in which a bunch of commitments are on campus, along with the potential for some top targets like Donovan Peoples-Jones and Ambry Thomas to be on campus. Expect the weekend to arguably be the biggest of the cycle for the staff as they look to close on a handful of targets who are expected to enroll early.

Harris is making his official visit to Alabama on Saturday to watch them play Auburn in the Iron Bowl.

Tide could flip 5-star DE
While the Tide are worried about losing Harris, they are trying to flip a five-star prospect of the own. Defensive end Joshua Kaindoh, a DMV native, committed to Maryland in April, but 247sports reports that Alabama is pushing hard to flip him:

247Sports was told to watch the Crimson Tide turn up the heat here in the near future with the touted Kaindoh planning to enroll early to whichever school he chooses.

The 6-foot-6, 256-pounder is ranked as the No. 2 strong-side defensive end and No. 26 overall prospect in the country.

Along with Alabama, Browning is also considering Florida State, Ohio State, Michigan, TCU and UCLA in his top group. The 6-foot-3, 230-pounder is ranked as the No. 2 outside linebacker and No. 9 overall prospect in the country.