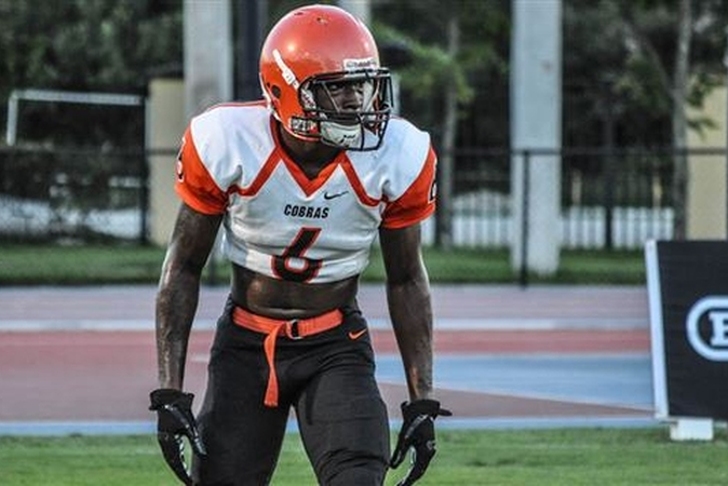 The Alabama Crimson Tide are nearly halfway through the regular season, but that doesn't mean they've slowed down on the recruiting trail. In fact, the Tide's 2017 class already ranks No. 2 nationally with 21 commitments. Here are all the latest Alabama football recruiting news:

Tide to flip Florida State commit?
Four-star safety Daniel Wright (Fort Lauderdale, FL), who committed to Florida State since June, has still been listening and taking visits to other schools. The Tide have appeared to make him a top priority, as he told 247sports that he routinely hears from Mario Cristobal, his area recruiter:

“He’s been coming at me 24/7 pretty hard,” Wright said. “It’s been since freshman year. Alabama has a great impact on me because it’s the foundation at the school. Nick Saban made that a great place to be. I actually get to see it for myself. It’s going to be a great experience for me and I’m going to see where it goes from there.”

Wright plans to make an official visit to Alabama this month for the Mississippi State game, and says that the Tide are definitely his No. 2 school behind the Seminoles.

“I feel it’s going to be a place to be because just from hearing everything about FSU and Alabama and the tradition they have at both schools is pretty good,” Wright said. ”It’s just the people surrounding it and telling you about the school and making you want to see more about it. After I take this visit it’s going to be exciting to see.”

Wright is ranked as the No. 14 safety and No. 122 overall prospect in the country.

Alabama the favorite for Hunter?
Four-star safety Devon Hunter (Chesapeake, VA) released his top five finalists last week, one of which being Alabama. He also plans to visit for the Iron Bowl, which will be his fourth time visiting Tuscaloosa, and clearly seems to be favoring the Tide:

“It’s a dominant football team,” Hunter told 247Sports’ Keith Niebuhr. “They’ve got a lot of great commits there. The top dogs from around the country just playing all together; they don’t have a free safety there, so I’d love to come in and play and be a part of it.”

Hunter, who is also strongly considering Virginia Tech and Clemson, is ranked as the No. 4 safety and No. 44 overall player in the country.

Byers is ranked as the No. 10 defensive tackle and No. 173 overall prospect in the country.