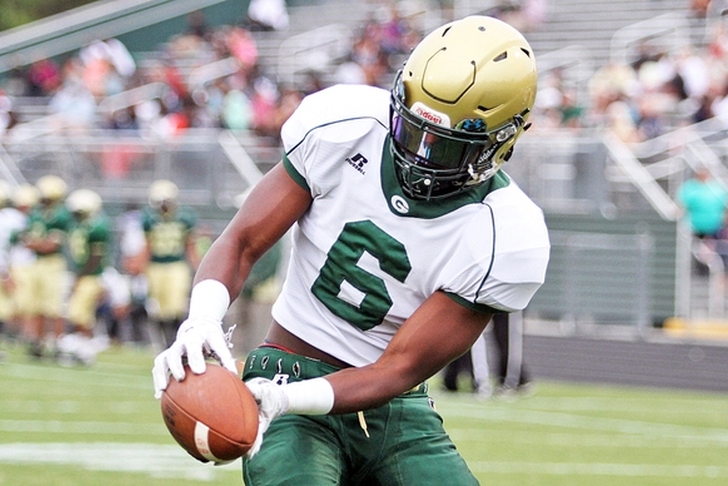 The Alabama Crimson Tide have just three games left in the regular season, but that doesn't mean they've slowed down on the recruiting trail. In fact, the Tide's 2017 class already ranks No. 2 nationally with 21 commitments. Here are all the latest Alabama football recruiting news:

Gibbs high on Alabama
Four-star safety Deangelo Gibbs (Loganville, GA) is one of the most sought-after prospects in the country, yet a late push from Alabama has pushed them in front and are now the favorite to land him, according to Hank South of 247sports.

What was once a Georgia-Tennessee battle to land four-star safety Deangelo Gibbs has quietly turned into more Nick Saban vs. Kirby Smart. Alabama certainly wishes to add more to its defensive backfield for 2017, with a number of names thrown into the hat at safety. It’s Gibbs’ name as of late – since his official visit to Tuscaloosa for the Texas A&M game -- that is picking up more and more traction in favor of Alabama. One source close to the nation’s No. 3 safety, per the industry-generated 247Sports Composite, tells BamaOnLine that the Tide will have work to do on his family, but that UA is “very much” in it. Gibbs, a product of Loganville (Ga.) Grayson, has family ties to both Georgia and Tennessee. Expect him to get back on campus in Tuscaloosa at least one more time before December.

Gibbs is ranked as the No. 3 safety and No. 41 overall prospect in the country.

4-star OT still solid on Alabama
Four-star offensive tackle Kendall Randolph (Madison, AL) committed to Alabama at the end of the summer, and told 247sports that he is still solid on that commitment, even though he has still been hearing from other schools.

“It’s been pretty steady,” Randolph said. “I’ve been staying in touch with the Alabama coaches, Coach (Brent) Key, and Coach (Lane) Kiffin. I talk to them often just trying to stay in touch and keep our relationship real tight. I try to make it down there every home game. I just love it.”

OL target to visit after the season
Another offensive lineman that Alabama is targeting is four-star offensive tackle Jedrick Wills (Lexington, KY), and while he is interested in the Tide, he will not make an official visit until after the season:

#ESPN300 OT @JWills73 has OV to #Tennessee this weekend. #Alabama OV after season. Under Armour @AllAmericaGame ceremony this afternoon

Wills is ranked as the No. 10 tackle and No. 42 overall player in the country.