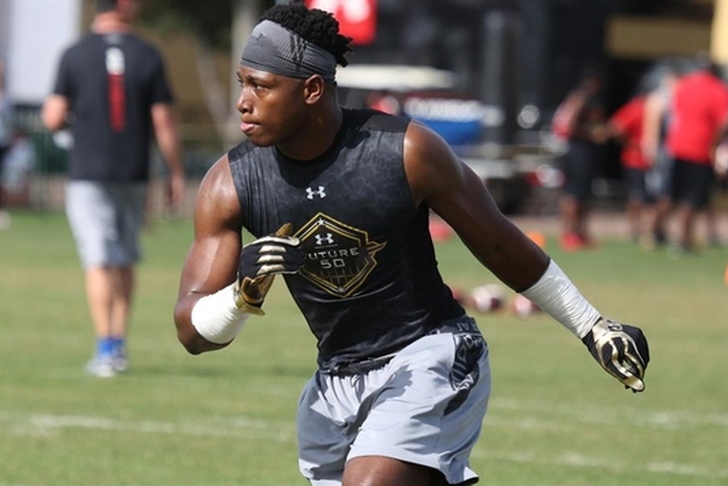 The Alabama Crimson Tide are preparing for their rematch with Florida in the SEC Championship Game, but they haven't taken any focus away from the recruiting trail. In fact, they're putting the finishing touches another recruiting class that already ranks No. 1 nationally with 23 commitments. Here are all the latest Alabama football recruiting news:

Christopher Allen commits to Tide
Four-star linebacker Christopher Allen (Baton Rouge, LA) made his official visit to Alabama for the Iron Bowl this weekend, and left by giving a verbal commitment to the Tide. He has named Alabama as his leader since April, so this commitment didn't exactly come as a surprise.

“(They said) That I can be part of their greatness and that each class that has signed with Nick Saban has won a national championship,” Allen told BamaOnLine.

"I'm extremely excited about my opportunity at the University of Alabama," Davis said in a statement. "It was great meeting Coach (Billy) Napier, (Jeremy) Pruitt and (Tosh) Lupoi, and of course Coach (Nick) Saban. I look forward to working hard in the future to continue to improve as a player, student and person. The future is bright! God Bless and Roll Tide"

Tide lead for 2018 4-star CB
Four-star cornerback Isaac Taylor-Stuart (San Diego, CA) is one of the most sought-after prospects in the 2018 class, but Alabama still stands out to him above everyone else:

“They’re just the number one team,” Taylor-Stuart told 247Sports’ Ryan Bartow. “So that’s just a blessing to have them talk to me. I talk to Coach (Nick) Saban and Coach Tosh (Lupoi) and all those coaches. I went up to visit them and it was a great visit seeing the atmosphere and seeing they could produce cornerbacks and put them in the NFL. I really liked that part.”

Arizona, UCLA, USC and Washington have been recruiting Taylor-Stuart the hardest (along with Alabama), and he still hopes to get offers from Clemson, Florida and Ohio State. The 6-foot-2, 187-pounder is ranked the No. 8 cornerback and the No. 46 overall player in the 2018 class.