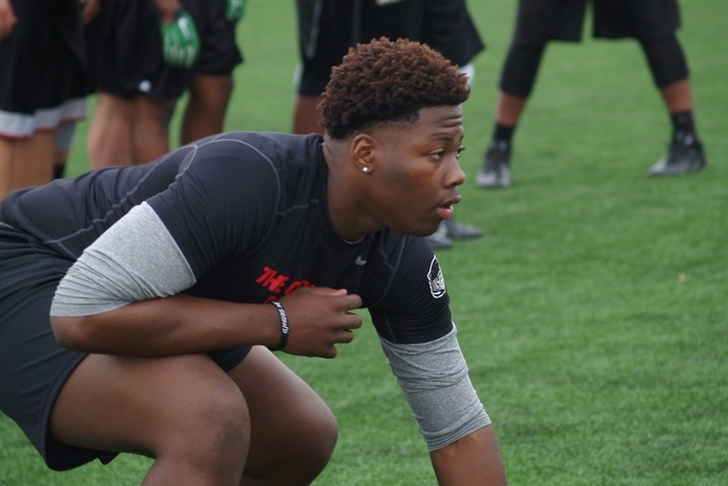 The Alabama Crimson Tide offered a scholarship to four-star offensive tackle Jean Delance (Mesquite, TS, shortly after he de-committed from Oklahoma in March, and has the Tide in his top five.

“I talk to Coach (Billy) Napier and Coach (Mario) Cristobal a lot,” Delance said, via 247sports. Why does he have Alabama so high?

“Definitely that they need some tackles,” Delance said. “They’ve stressed that as much as they can. Also Coach Cristobal says if you come here he can develop you into the player that you need to be at the next level and the level after that if you’re able to make it there. They took some of my film back from spring practice, and he said he knows talent when he sees it. He said not a lot of offensive linemen have my kind of flexibility and are able to move like I can. I’ll for sure be taking an official there. I’m not sure if it’s going to be November or January though.

“Coach Napier told me how much of priority it was just to have a tackle in this class - not just any tackle though, one that they could count on making a difference on the team. For example they talked about Cam Robinson, after he’s gone they have about two more guys, so they really, really need tackles. He said I was a big get for them, and that I’m someone that can really change the program. I talked to Coach (Nick) Saban about it too and he said I’m a major target for them, and they talk about that all the time.”

Texas, Texas A&M, Ohio State, and Michigan round out his top five.