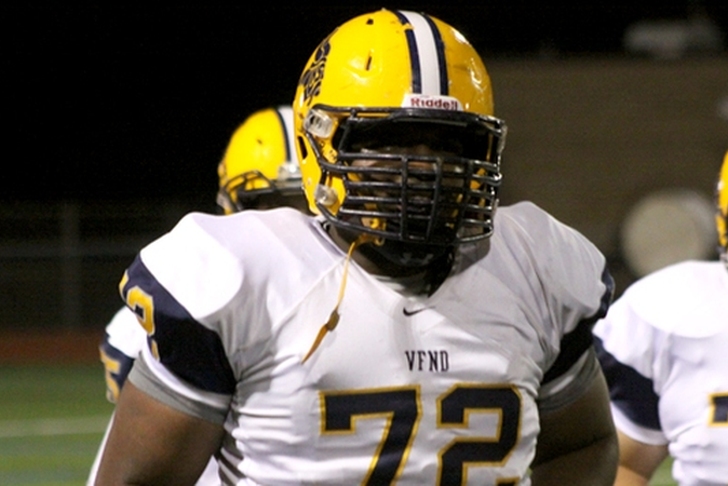 Four-star offensive lineman Chris Owens (Arlington, TX) has been committed to the Alabama Crimson Tide since April, and has largely laid low by turning away other schools that have tried to flip him.

In fact, Owens said he's "100 percent" committed to 'Bama and has done some recruiting of his own for the Tide:

“We’re in a group message,” Owens said, via 247sports, about other Bama commits and recruits considering the Tide. “We talk pretty much everyday, so when I get on campus with them we won’t be strangers to each other because we’ve already been talking for the last few months.I’ve pretty much blocked (other schools) out I used to (recruit other guys) more often. The one person I probably did talk to was Greg Little, just for a little bit, but I didn’t want to bother him because I’m sure he hears that everyday. I’ll talk to Jean Delance every once and a while, too.”