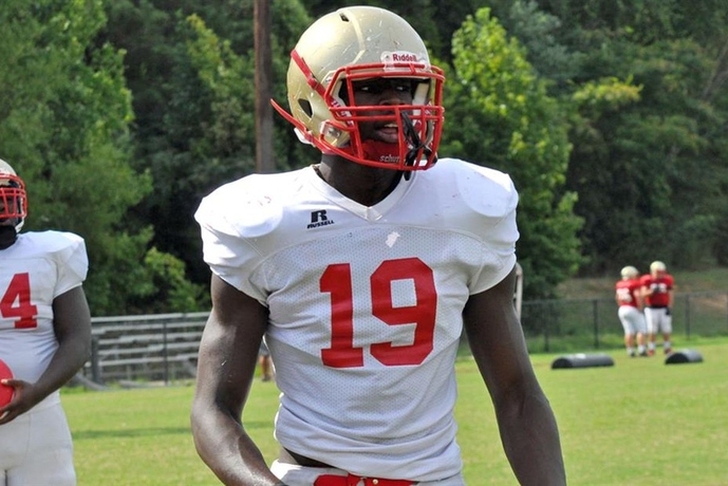 The Alabama Crimson Tide are firmly in the mix for the No. 1 OLB for the class of 2018. Adam Anderson revealed his top five on Twitter Monday and Alabama made the cut.

my top 5 not in any order Giving each one another look before my final commitment.
-Alabama
-Florida
-Clemson.
-Tennesee
-Georgia

Anderson was committed to the LSU Tigers, but decommitted a few days ago. While his list isn't in any order, 247Sports' crystal ball has Georgia as the favorites. However, Hank South of 247Sports writes that while UGA is the favorite, he still thinks Alabama is in the mix.

The four-star recruit hails from Rome, Georgia, where he's the No. 7 player in the state. The 6-foot-4, 214-pound LB is also the No. 37 overall prospect this year. Alabama offered Anderson back in April.

Alabama has just six commits in their 2018 class, which ranks 53rd in the country. That's far below where Alabama usually ranks, given their run of No. 1 classes. Alabama does already have a commitment from a four-star OLB.

Follow our Alabama Crimson Tide page for all the latest Alabama football recruiting rumors or download the Chat Sports App!