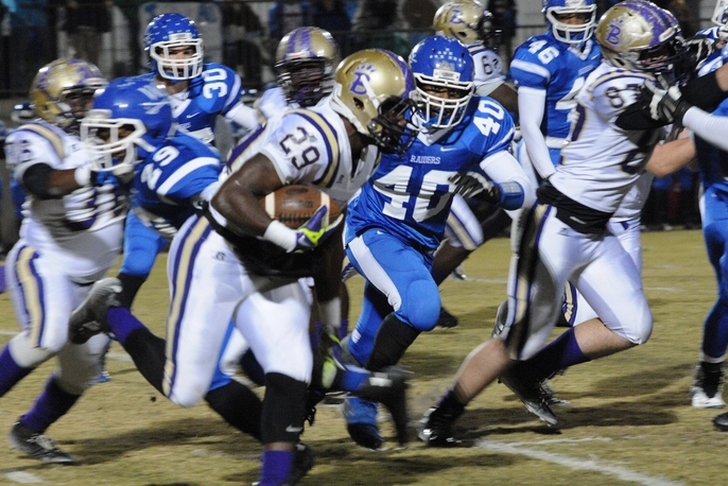 There isn't any actual Alabama Crimson Tide football until the fall, which means recruiting takes center stage for Nick Saban and his coaching staff. Alabama is off to a quiet start, with just two commits thus far. But the Crimson Tide have proven time and time again they'll finish at or near the top. Here are all the latest on Alabama Football Recruiting you need to know.

Bama Still Leads For No. 1 LB
The nation's top outside linebacker is four-star JJ Peterson and the Crimson Tide are the team at the top of his list, he told 247Sports.

"I just like the family atmosphere and all the players, I get along with real good," Peterson said. "Some of them got backgrounds like me. I came up from hard stuff. It’s all players that just play good. Players with stories."

Peterson added that Alabama will be the first school to get a visit from him, followed by Auburn and Florida State. Peterson is the No. 35 overall player in this year's class and the No. 6 player from the state of Georgia. Alabama even sent DC Jeremy Pruitt to Peterson's spring game.

Alabama could still land Pierce, but he's very much up for grabs now. He's the No. 144 overall player in the class, the No. 5 RB and the No. 17 player from the state of Georgia. Schools like Auburn, Florida, Florida State and Georgia are in the mix and trying to land Pierce.

Four-Star OL Talks Tide
Alabama has done an impressive job of recruiting and producing offensive linemen and Nicholas Petit-Frere might be the next one. The Crimson Tide are trying to lure the four-star recruit and he's glad they want him.

"What I got from the spring game is that they’re interested in me and they think I’m a good player,” Petit-Frere told 247Sports. "I'm glad that they think that. I'm very humbled."

The Florida product has taken just three visits so far: Florida, Notre Dame and Alabama. The Gators and Fighting Irish appear to be the current leaders, but Alabama has a shot. Petit-Frere is the No. 55 player in this year's class, checking in at No. 5 among OTs.

Follow our Alabama Crimson Tide news page for all the latest on Alabama football recruiting or download the Chat Sports App!