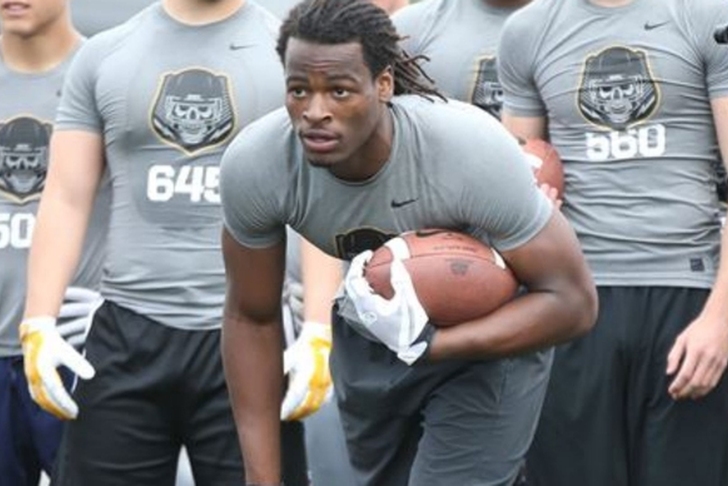 The Alabama Crimson Tide have a long layoff as they prepare for the Peach Bowl, and some that time is devoted to recruiting. The recruiting dead period is now, but several recruits are making their decisions in the coming days. That means there's plenty to get to around Alabama football recruiting. Here are all the latest Alabama recruiting news and rumors you need to know.

Alex Leatherwood believes Najee Harris will stick with Tide
Alabama commit Najee Harris, the top overall prospect in the country, has been committed to the Tide since April 2015, but has been recruited heavily by Michigan over the past several months. Many believe that Harris may flip his commitment to the Wolverines due to that recruitment, but fellow Alabama commits Alex Leatherwood and Tua Tagovailoa told SEC Country that they "know" Harris is going to stick with his commitment to the Tide.

“I know Najee is going to stick with ‘Bama,” Leatherwood said. “We are his family. I’m confident because I know Najee. Media and social networks manipulate what’s real into what makes a good story.”

“I think he’s going to stay committed to Alabama,” Tagovailoa said. “He has a great relationship with many of us who are being recruited to Alabama. I talked to him last month and he didn’t say anything about Michigan.”

I will be wearing #7 at Bama next year..

Freshman wide receiver Trevon Diggs is the only other player on the roster wearing No. 7, and both players can share the number since they play on opposite sides of the ball.

Mac Jones solid on commitment
Four-star quarterback Mac Jones (Jacksonville, FL) committed to Alabama in June, and remains solid on that commitment after the Tide hired Steve Sarkisian to be their offensive coordinator.

“I’m excited about it,” Jones told 247sports. “I don’t really know him that well. I haven’t met him or anything. I don’t think he was allowed to talk to the recruits last year. I’ll get to know him. I know he’s done a good job with quarterbacks. It seems he’s a really good quarterbacks coach, so that’ll be good to have a good offensive coordinator but someone who can correct you individually more than maybe some other coaches have done in the past. That’s what Coach (Nick) Saban told me. He said the guy knows what he’s doing and he thinks he’s a better quarterback’s coach than they’ve had in the past.

"In terms of my time period I really feel comfortable at Alabama. Official visit-wise, I only have Alabama set up. Originally I was probably going to go to maybe Kentucky. Really, Alabama is the only official I have set up. I’m listening to people but I just like what I hear from Alabama and the opportunity I have there. I feel pretty comfortable there.”