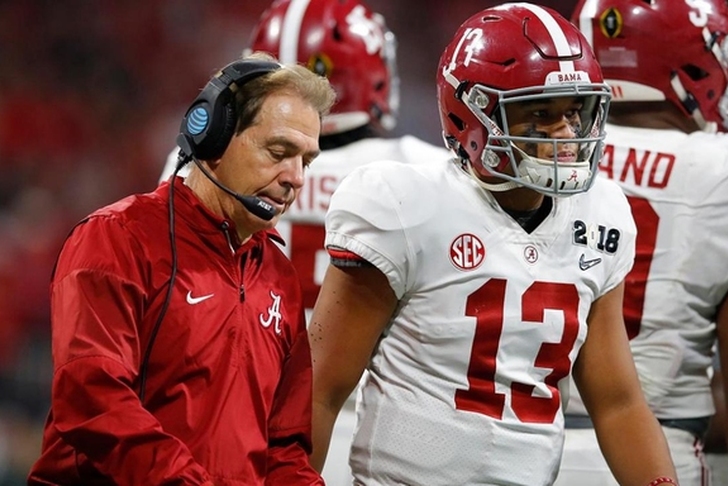 In the wake of the Supreme Court overturning a 1992 federal law that disallowed states from permitting sports gambling, it may be made legal in some states sooner rather than later.

And, with the college football season fast approaching, many bets figure to be placed on the sport - specifically on who will win the national championship.

In new odds released by BetDSI Sportsbook, the Alabama Crimson Tide are listed as the heavy favorites to repeat as champions.

Alabama is the only school that has made the College Football Playoff in every season since its inception for the 2014-15 season and they've made the title games each of the last three years, winning the title twice.

The Tide are undergoing another offseason of transition with only a handful of returning starters, but the play of then-freshman quarterback Tua Tagovailoa and running back Najee Harris, who sparked their comeback win over Georgia in last season's national championship game, gives them title expectations again.

Tagovailoa is also among the early favorites to win the Heisman trophy in 2018.

Alabama opens their season on September 1 against Louisville in Orlando, FL.