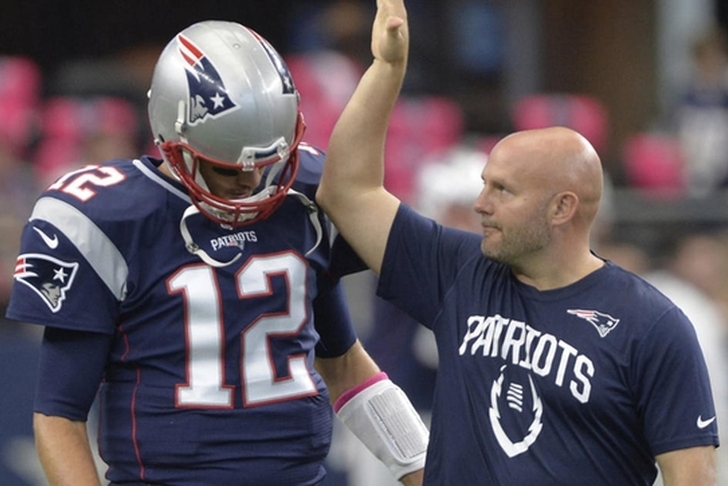 The Alabama Crimson Tide are still looking to fill their vacant offensive coordinator position after Steve Sarkisian left to join the Atlanta Falcons, and they will interview Patriots tight ends coach Brian Daboll for the job, among others, according to Bruce Feldman of FOX Sports.

New England Patriots tight ends coach Brian Daboll is expected to interview for the Alabama offensive coordinator job, a source told FOX Sports on Monday. The 41-year-old Daboll, who has been an OC in the NFL for the Chiefs, Browns and Dolphins, was a graduate assistant under Nick Saban at Michigan State from 1998-99.

Word is, another former Bill Belichick protege, former Houston Texans offensive coordinator George Godsey, has emerged as a strong candidate for the ‘Bama OC opening. Godsey is close with Tide offensive line coach Brent Key. Another option is Mike Locksley, who is a former Illinois OC and was promoted by Saban last month to an on-field coaching role that FOX has learned was a co-offensive coordinator job. According to a source, one other potential OC candidate that could end up getting some consideration is UCLA offensive coordinator Jedd Fisch.

Daboll has been on New England's staff for all five of their Super Bowl titles, though he left in 2006 and was the offensive coordinator for the Browns, Dolphins and Chiefs before re-joining the Patriots in 2013.

He hasn't coached in college since being a graduate assistant at Michigan State from 1998-1999.

Former San Francisco 49ers head coach Chip Kelly was Alabama's top choice to replace Sarkisian, but said he had "no interest" in the job.